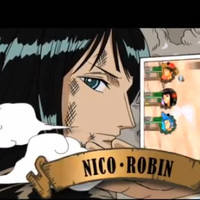 The Straw Hat Pirate crew are out in full force for a five-and-a-half-minute third full-lengthed preview of PSP RPG One Piece - Romance Dawn, including a look at its 30 minutes of new animation. The game will cover the East Blue Saga and up to the Marineford Arc, with a pre-order bonus featuring the One Piece Film Z version of Kuzan. It's set to be released in Japan December 20th.