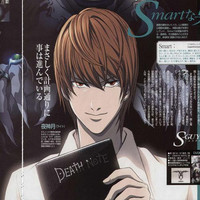 On one hand, there all there is go on in regards to newly announced TV anime Project "Attack" is the staff credits. On the other hand, it is very intriguing team. Death Note and Highschool of the Dead director Tetsuro Araki will helm the work at Production I.G child studio Wit.

Shakugan no Shana's Yasuko Kobayashi will write the series with character design from Psycho-Pass' Kyoji Asano.

Do you have any thoughts on what to expect?