Did the fans succeed where Hollywood failed? 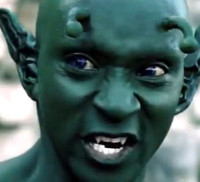 Forget Hollywood, fans have it covered. Or at least they'd like to, as evidenced in the latest fan-made attempt to faithfully recreate Akira Toriyama's beloved Dragon Ball Z in live action. You might remember us posting some updates on a group of UK filmmakers attempting to adapt the Saiyan Saga. Well, the full trailer has arrived. See how their interpretation stacks up below.

So, what do you think? Is it better than the Hollywood DB? What about Taiwan's infamous Dragon Ball: The Magic Begins?