Long before Pacific Rim, Americans got treated to live-action giant robots via 1969's Johnny Sokko and His Flying Robot, a localized version of the 1967 tokusatsu show Giant Robo from pioneer Mitsuteru Yokoyama. Home video rights have been a bit shaky since the bankruptcy of Orion, but now, Shout! Factory, who has released localized Japanese pop culture favorites like Transformers and Power Rangers, has a complete set scheduled.

Tokusatsu guru August Ragone contributes a booklet chock-full of behind-the-scenes history on the making of the series. 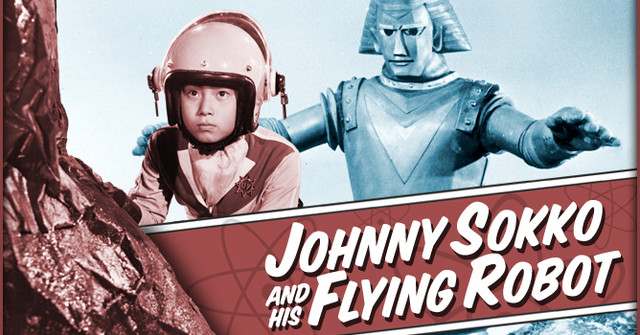