The world's biggest doujinshi event has to make an agonizing decision 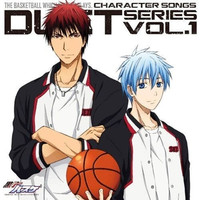 Today the CMPC (Comic Market Preparations Committee) announced that they decided to cancel all of the Kuroko's Basketball doujinshi circles' participation in the upcoming event in the end of this month due to the threat letter and the strong demands from the police. In addition to this, they also ask other circles not to distribute any Kuroko's Basketball related doujinshi and goods at the event.

As reported, the committee received the threat letter on October 29th and reported to the Kitazawa police station that was under jurisdiction of the area. After at least six Kuroko's Basketball related doujinshi events were canceled last month, Tokyo Big Sight where the event has been held since 1996 and the police have asked them to stop distributing the Kuroko's Basketball doujinshi and related items, or cancel the whole event itself. The committee finally chose the former. Obviously this was a very distressing choice to make for them in order to ensure the safety of the participants.

At least 900 Kuroko's Basketball doujinshi circles were listed in the catalog. It was the third biggest

Market itself is still scheduled to be held at Tokyo Big Sight from December 29th to 31st.

QUIZ: Which Space Anime Should You Watch for Astronomy Day?