PSP RPG scheduled for release in Japan on January 17, 2013 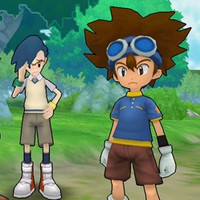 The Digimon Adventure RPG is set to span the complete 1999 anime series episode by episode—including the Our War Game movie, original sub-episode quests, and more—when it hits PSP in Japan on January 17, 2013. A pair of new promos show off the story and battles, which aren't random and include the ability to set Digimon to AI or command them manually.

The "Adventure Part" promo features story events from the anime's first two episodes. From time to time, characters will be able to set up camp and bond with one another through conversation.

The "Battle Part" video pits the party against a Guardromon in episode 5.

FEATURE: The 4 Biggest Differences Between Raising Pokémon And Digimon As Pets