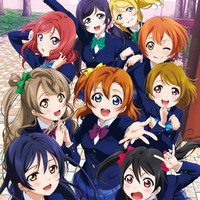 Following the early preview in September, Japanese record company Lantis posted a one minute 13 seconds 1st full promotional video for the upcoming TV anime series from Love Live! School Idol Project on its official YouTube channel today. The project has been developed by the anime studio Sunrise, the music label Lantis, and ASCII Media Works' Dengeki G Magazine since 2010. The TV anime series is scheduled to premiere on Tokyo MX on January 6th, 2013 and will be followed by other stations in Japan. How do you like the new anime idols?