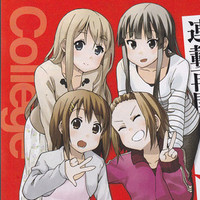 In April 2011 the K-on! manga relaunched with one series featuring the main cast in college, and a second featuring high school light music club members Azusa, Ui, and Jun. Both ended in mid-2012.

From the original split announcement: 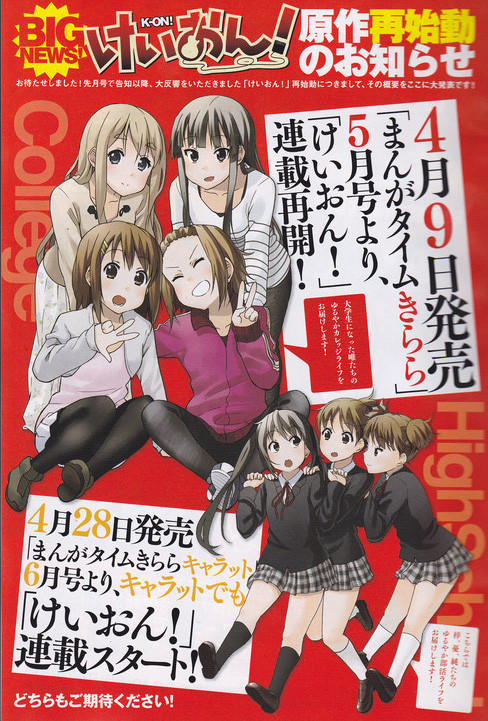 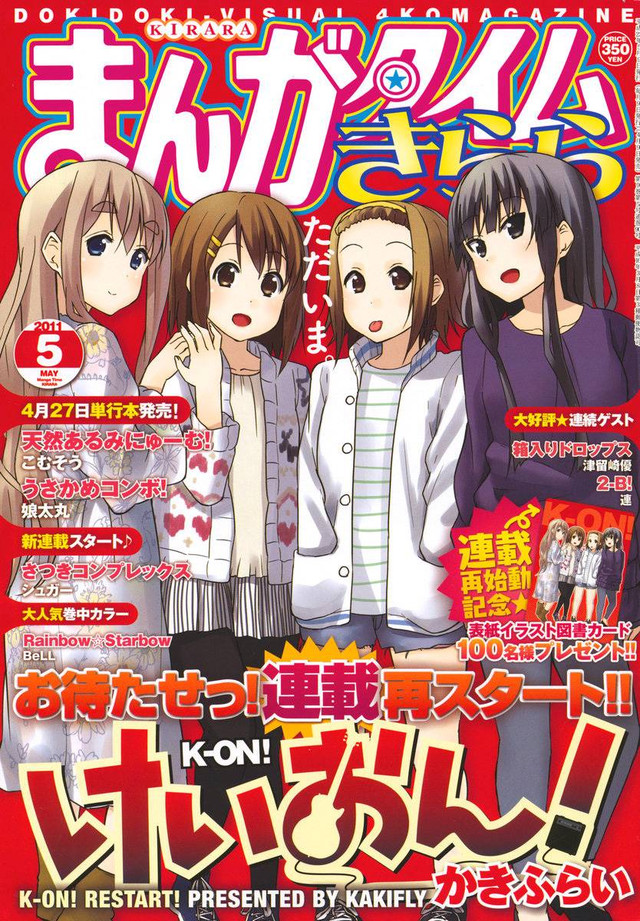