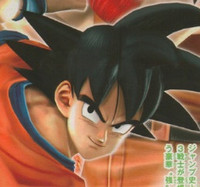 Last week saw the reveal of Project Versus J—an upcoming game featuring Luffy, Goku, and Toriko—but little was known about what to expect, platform included. While it was speculated that Project Versus J might end up on Nintendo 3DS, the latest scan shows that the action is headed to PlayStation 3 and PS Vita. 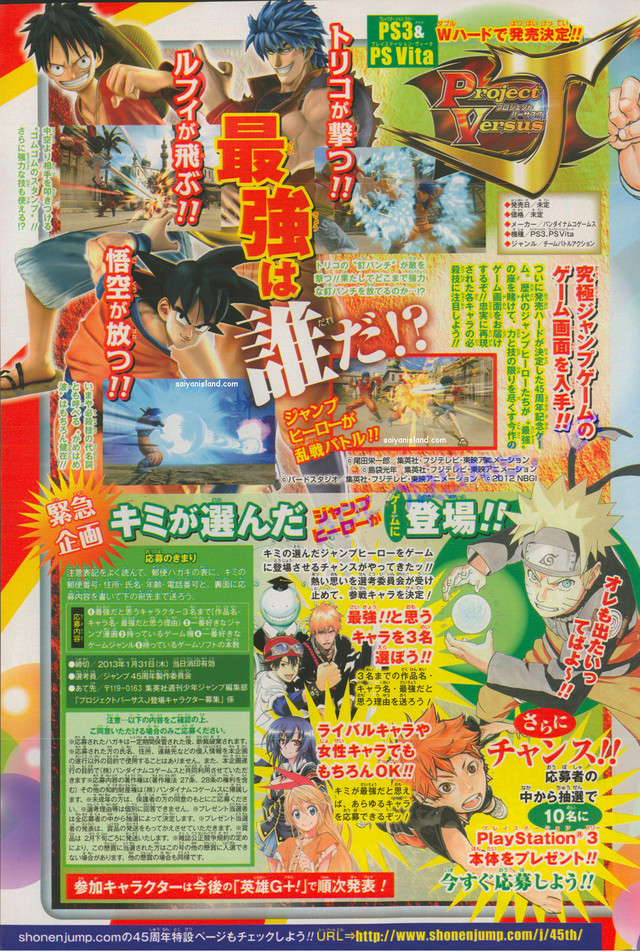 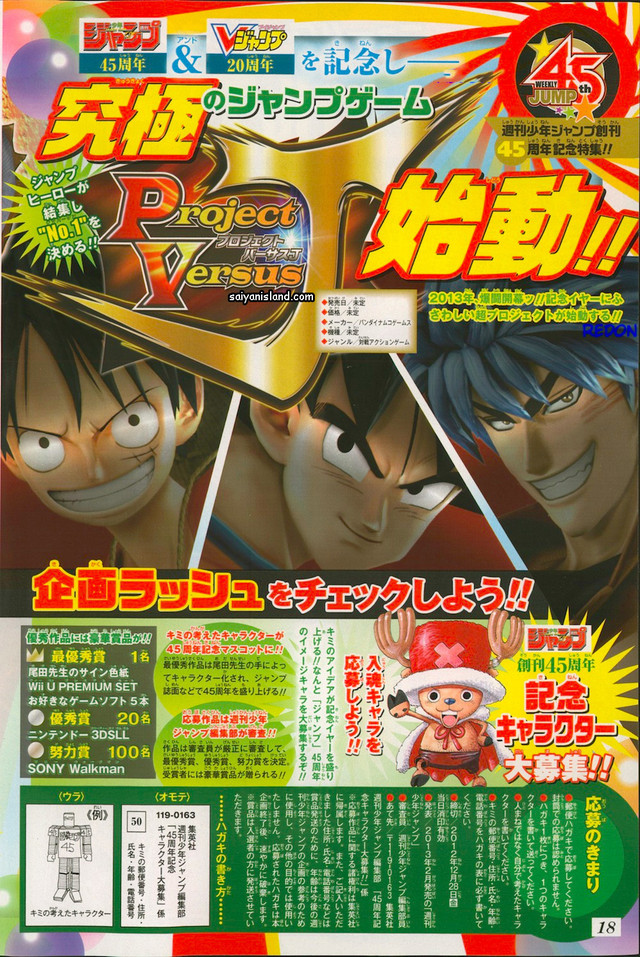 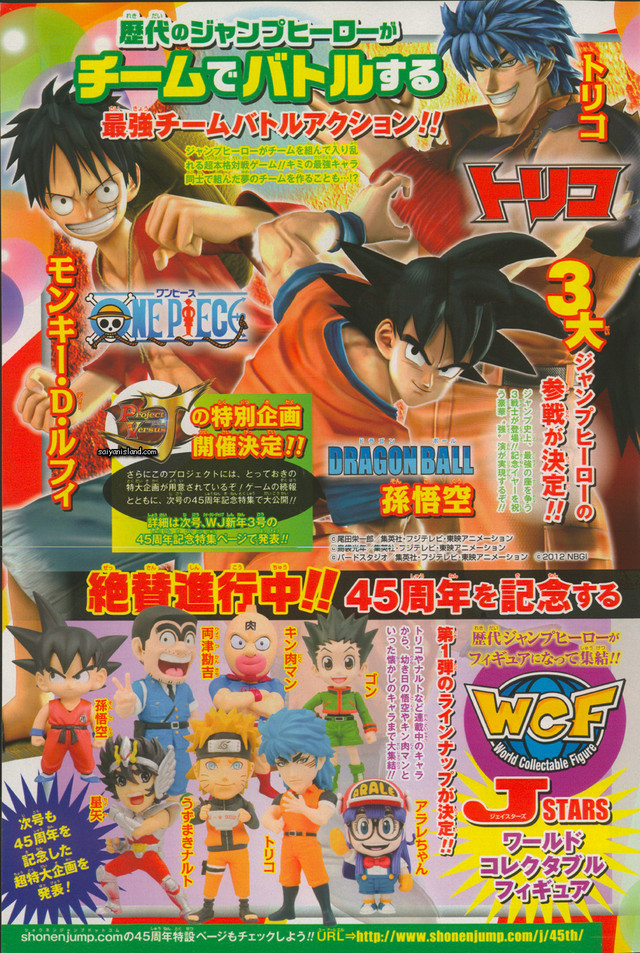 Project Versus J celebrates 45 years of Shonen Jump magazine. Only the aforementioned three heroes have been showcased, but fans will be able to cast their vote on who else they want to see in the game. Which Shonen Jump stars would be your dream additions to Project Versus J?

Bleach's Ichigo and Himura Kenshin Confirmed For "J-Stars Victory VS"