The best look yet at upcoming movie 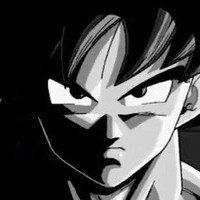 This one is a must see for you Z Warriors out there...  a clean, 85-second look at what to expect from the March 2013 return of Dragon Ball Z anime to the big screen.

The story will take place between Dragon Ball manga chapters 517 and 518, in the 10-year timeskip after Goku defeats Buu, before the 28th World Martial Arts Tournament.

From Saiyan Island's translation of the synopsis: