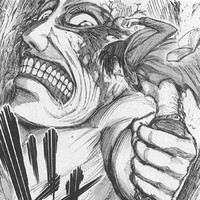 Japanese film observers are abuzz with news that Tetsuya Nakashima, director of the nearly Oscar-nominated adaptation of Confessions and the cult favorite adaptation of Kamikaze Girls, is off the live-action adaptation of Hajime Isayama's manga Attack on Titan. Toho has removed Nakashima references from the project, and talk has the movie pushed back from this fall to 2014.

Film journalist Otaka Hiroo says that disagreements with the film's producers over the script are behind the departure.

In September 2011, the website of the city of Itako posted an October 3 casting call for 80 "healthy male and female" extras "to play people fleeing in panic from 'giants' who suddenly appear in a peaceful shopping district," which turned into an early reveal of the Nakashima's existence when a local business man Tweeted what was being filmed.

So far, everything seems a go for the spring Attack on Titan anime adaptation.

"Attack on Titan" Jewelry Line Is Understated But Pretty