America doesn't even make the top 10! 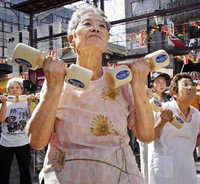 The Global Burden of Disease Study 2010 (how’s that for a name?) was a decade long study assessing health and disease in over 187 countries. Today, they released their ranking of countries with the highest healthiest life expectancy, and wouldn’t you know it…Japan of all places tops the list for both males and females! 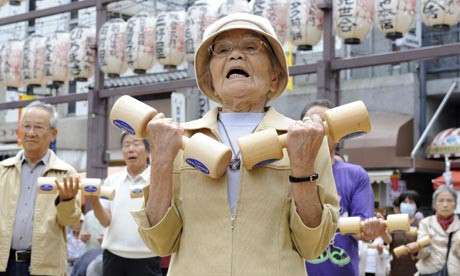 This is actually the second time Japan has topped such a ranking (the first time was in 1990), and you can read the results for the latest top ten below…

Bascially, it's a big mystery. Says Joshua Salomon, a prof from the Harvard School of Public Health who worked on the study says, “Japan give us something to aspire to, but there’s more work to be done to figure out what their formula really is,” said Saloman.

I’m willing to bet it isn’t booze, cigarettes, and fast food, even though Japan certainly has no shortage of those either.