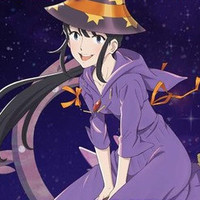 After revealing the project back at the Tokushima City's Machi✩Asobi biannual anime/manga/game event taking place in their backyard, Fate/zero producers ufotable is back with a second look at their upcoming magical girl anime Majocco Classical.Whether it's a movie or TV series, as well as other specifics, are unannounced at this point.