Jackie Chan to Join the Action Heavyweights in "The Expendables 3" 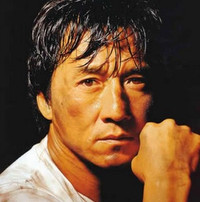 Everyone can name someone they feel has been overlooked for inclusion in the Stallone-starring action franchise The Expendables, but it's not always for lack of trying. While Jackie Chan was contacted to appear in The Expendables 2, he was too busy filming CZ12, but with his schedule cleared up, the action legend has confirmed involvement with The Expendables 3.

Jackie Chan delivered the confirmation at a press conference for CZ12 (Chinese Zodiac) in Kuala Lumpur. After explaining why he had to turn down the second installment, he added, "But [Sly] did extend his invitation to the third movie, which I agreed on the condition that I will be appearing as more than just a minor role with a few scenes."

The script for The Expendables 3 is currently in the works. Chan threw an interesting wrinkle into the mix, though. He told Stallone that he was hoping the third movie would be more like a 'buddy-buddy' movie with his involvement, and the script is reportedly being tweaked to match Chan's request.

In addition to Expendables talk, Chan also discussed his next Rush Hour-style film, currently titled Skip Tracer. While Chris Tucker is currently looking at the script, Chan thinks that pairing would probably be most appropriate for a Rush Hour 4. "I do think that three movies for the franchise is a perfect ending," said Chan, adding, "It would be better to start a new buddy movie with someone new."