If you happen to find yourself in Japan early next year you'll be able to enjoy the fruits of a partnership between McDonald's and Nintendo in the form of games made just for the fast food chain. One such game is Dragon Quest VII: McDonald's' Mysterious Stone Tablet, which will be available to play starting in January 2013. 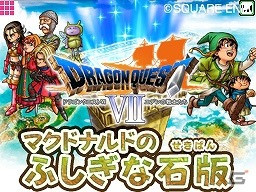 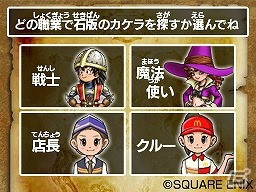 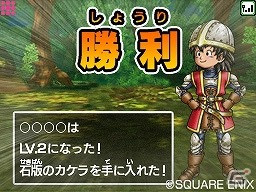 McDonald's' Mysterious Stone Tablet gives players the option of taking on the role of warrior, magician, manager, or McDonald's crew member. Admittedly, the first two job classes sound a bit more exciting than the last, but either way the game will have you battling monsters and collecting stone tablet fragments. The titular mystery appears to unravel when you place the fragments together, revealing… a hamburger? Yum. 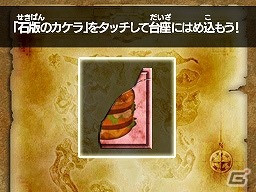 Dragon Quest VII: McDonald's' Mysterious Stone Tablet can be played for free at McDonald's in Japan between January 11 and March 28, 2013. The actual 3DS version of Dragon Quest VII arrives in Japan right in the middle of that period on February 7.