Horror manga to be released in single hard cover 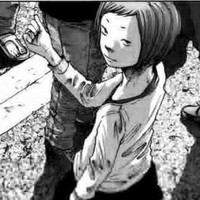 Comics group blog Robot 6 has learned that publisher of alternative and classic manga Fantagraphics plan a release of Inio Asano’s Nijigahara Holograph. While Asano is known in North America for the slice of life titles that have been published by Viz, a Solanin and What a Wonderful World, this work, set to be released  as a 200 page hard cover, is a horror story. M

Matt Thorn, who has translated the other Fantagraphics manga titles, including Moto Hagio’s A Drunken Dream and Other Stories and Shimura Takako’s Wandering Son, will be handling the localization of this book.

Fantagraphics President and Co-Publisher Gary Groth on the book

Inio Asano’s Nijigahara Holograph is both a departure from and entirely consistent with our growing line of manga graphic novels. It is considerably and consistently darker than either Moto Hagio’s or Shimura Takako’s work, using a much more deliberately involuted literary structure, but it’s also in keeping with our editorial imperative to publish unique artistic voices. We’re proud to make this landmark work available to an American readership.

A DECADE-SPANNING JOURNEY INTO DARKNESS

Fantagraphics is proud to welcome the great Inio Asano (Solanin, What a Wonderful World!) to its acclaimed literary manga line next to Moto Hagio (A Drunken Dream, The Heart of Thomas) and Shimura Takako (Wandering Son).

Even as butterflies ominously proliferate in town, the rumor of a mysterious creature lurking in the tunnel behind the school

spreads among the children. When the body of Arié Kimura’s mother is found by this tunnel’s entrance, next to apparently human traces, the legend seems to be confirmed. Is the end of the world coming? In order to appease the wrath of the beast, the children decide to offer it a sacrifice: The unfortunate Arié, whom they believe to be the cause of the curse, is shoved into a well that leads to the Nijigahara tunnel — an act that in turns pushes Komatsuzaki, the budding thug who has carried a torch for Arié for a while already, entirely over the edge.

But this is only the beginning of the complex, challenging, obliquely told Nijigahara Holograph, which takes place in two separate timelines and involves the suicidal Suzuki; Higure, his stalkerish would-be girlfriend; and their teacher

Miss Sakaki, whose heavily bandaged face remains a mystery; and many more — brothers, sisters, parents, co-workers, teach- ers, aggressors and victims who are all inextricably linked to one another and all will eventually — ten years later — have to live with what they’ve done or suffered through.

Asano, whose Solanin was nominated for the 2009 Eisner and Harvey comics awards (and which was made into a feature film in 2010), delves into disturbing territory with this Lynch-ian horror story, told in his unnervingly crisp and detailed panels.

INIO ASANO was born in 1980 in the Ibaraki Prefecture. The Japanese national Yomiuri Shimbun newspaper described him as one of the voices of his generation. 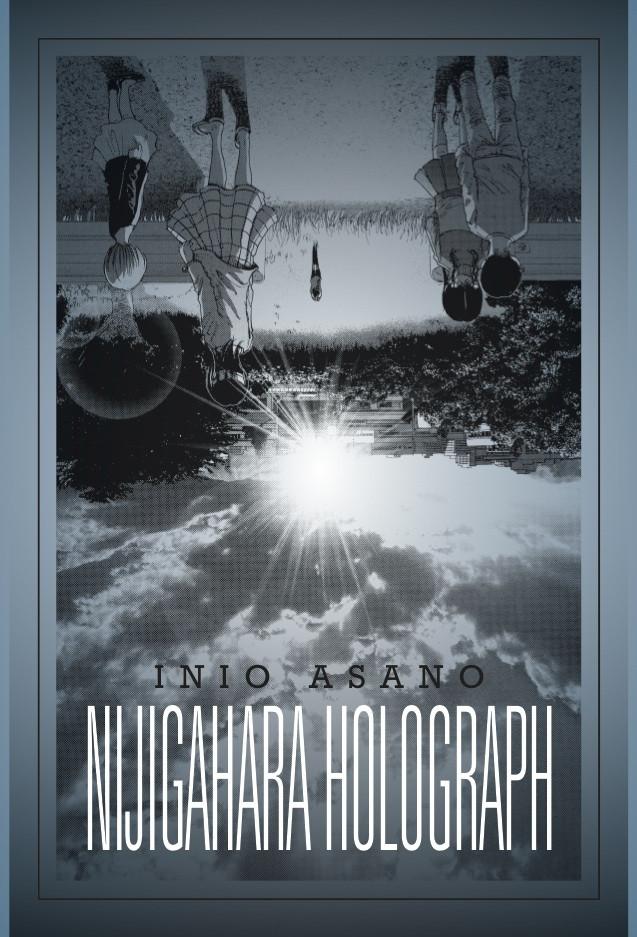 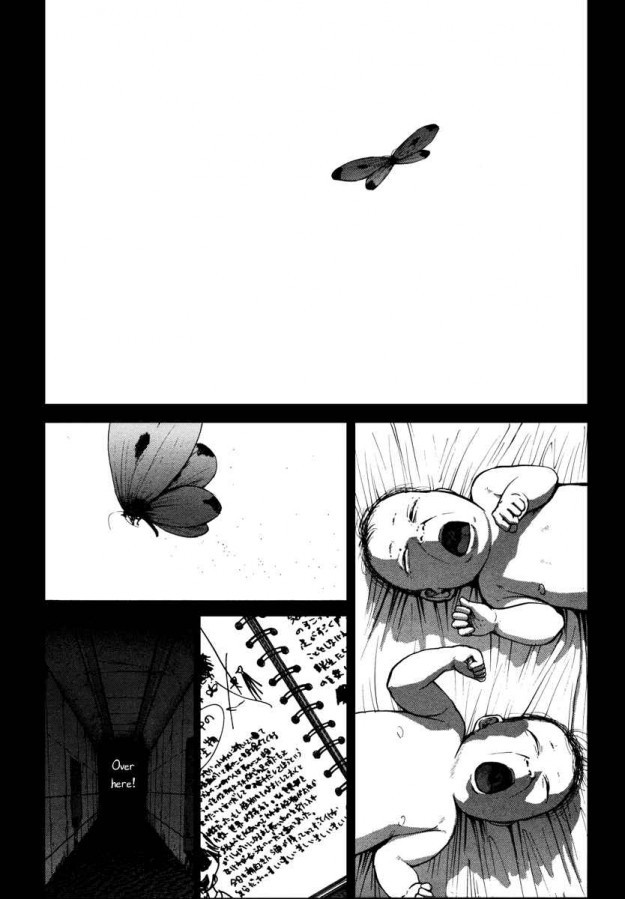 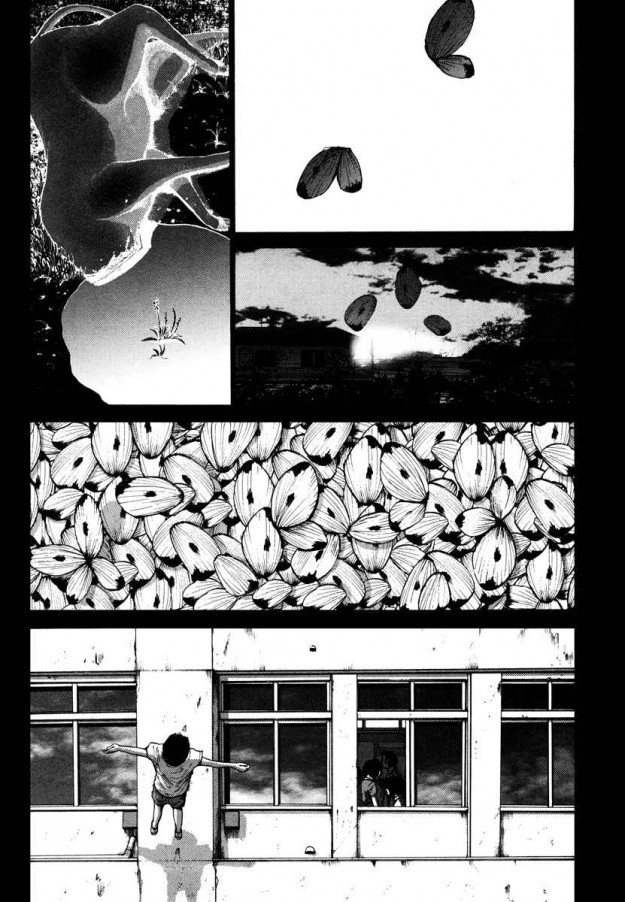 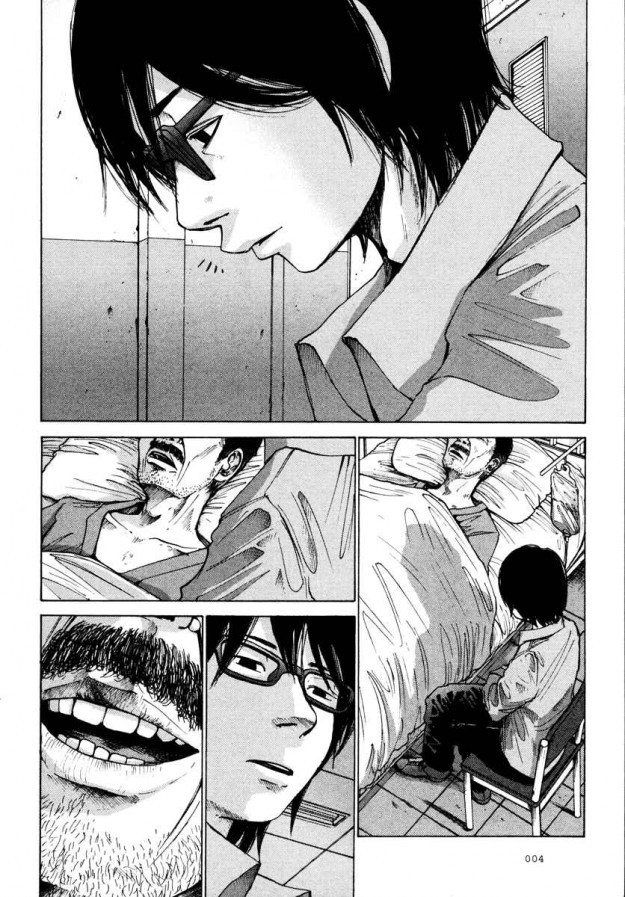 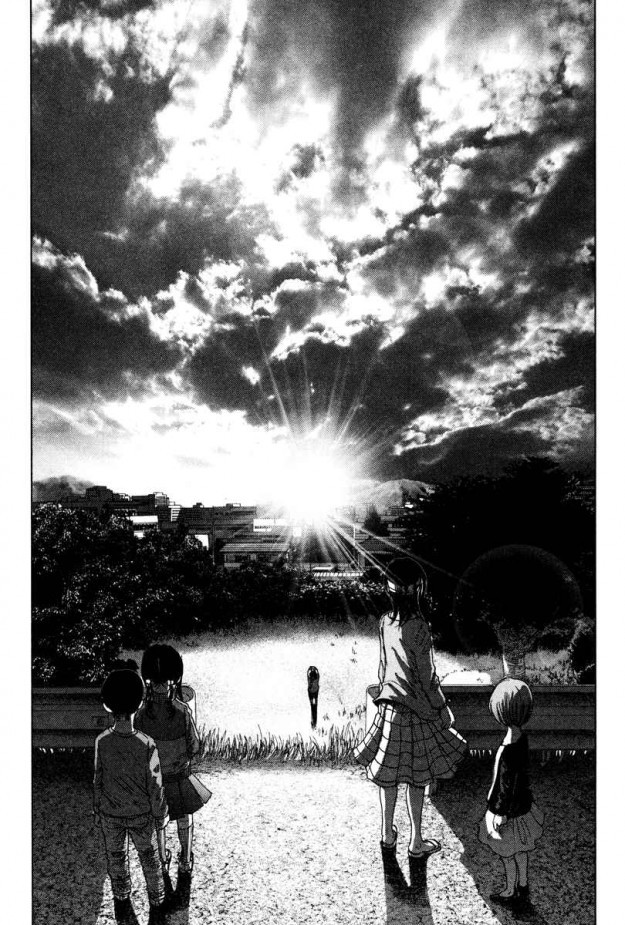