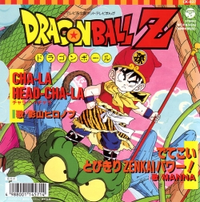 Flow have previously been featured in anime such as Naruto, Beelzebub, Code Geass, Eureka 7, and Heroman.