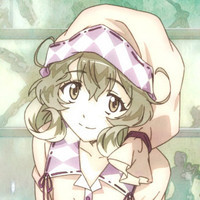 Sentai Filmworks has announced the acquisition of [email protected]. Based on the light novels by Akira, this 12 -episode series is directed by Akiyuki Shinbo (Madoka Magica, Bakemongatari, Hidamari Sketch, Maria Holic) and features series composition by Katsuhiko Takayama (ef: a tale of memories, And Yet the Town Moves), character designs by Hiroki Harada (Romeo X Juliet), sound direction by Yota Tsuruoka (Clannad, Horizon in the Middle of Nowhere) and music by Yukari Hashimoto (Mayo Chiki!, Toradora!).

The new Shaft anime will be available soon through select digital outlets with a home video release later this year.

The Japanese call them hikikomori - people who’ve become so withdrawn socially that they refuse to leave their homes for weeks and even months at a time.  For Sasami Tsukuyomi, who’s attempting to pass her first year of high school despite being a shut in, it’s more than just a word.  Fortunately though, she lives with her older brother Kamiomi, who just happens to be a teacher at the school Sasami is supposed to attend.  Not to mention, her “Brother Surveillance Tool” which lets her view the outside world via her computer and will, theoretically, allow her to readjust to interfacing with people again.  What it mainly does, however, is let her view her brother’s interactions with the three very odd Yagami sisters, who inexplicably seem to have had their ages reversed and have various types of “interest” in Kamiomi.  And then things start to get really weird…  Magical powers?  Everything turning into chocolate?  Is life via the web warping Sasami’s brain, or is it the universe that’s going crazy?  It looks Sasami will have to take off her pajamas and go out into the “real” world to set things straight in [email protected]!