Crunchyroll to Stream "Problem Children Are Coming From Another World, Aren't They?" Anime 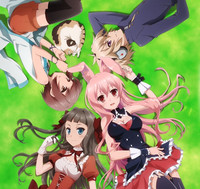 The winter announcements at Crunchyroll continue to issue forth, and this time the intriguingly titled Problem Children Are Coming From Another World, Aren't They? (Japanese title: Mondaiji-tachi ga Isekai Kara Kuru Sō Desu yo?) joins the roster of new streaming anime.

Based on a Japanese light novel written by Taro Tatsunoko and illustrated by Yu Amano, the Problem Children Are Coming From Another World, Aren't They? anime is produced by Diomedea and is set to broadcast every Friday starting on January 11th at 10:30 pm Pacific Time for its premium members. Free members will be able to view one week after initial broadcast on Crunchyroll. 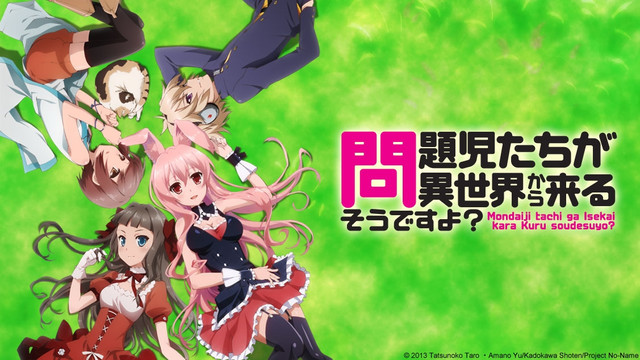 “Three problem children - Sakamaki Izayoi, Kudou Asuka, and Kasukabe You - suddenly receive an invitation to another world known as "Little Garden" from a girl called Black Rabbit. Battles, laughter, sex appeal... anything goes in this new tale of adventure!”

Problem Children Are Coming From Another World, Aren’t They? will be available to Crunchyroll’s audience in the following territories: North America, South America, Ireland, Finland, Denmark, Norway, Sweden, Iceland, and the Netherlands.

The series page will be up soon at www.crunchyroll.com/problemchildren.

Tags
problem children are coming from another world aren't they?, winter 2013
« Previous Post
Capcom Celebrates 17 Years of "Resident Evil" with Anniversary Pack
Next Post »
VIDEO: "Corpse Party: Book of Shadows" Set to Spook Ya Next Week
Other Top News
28 Comments
Sort by: