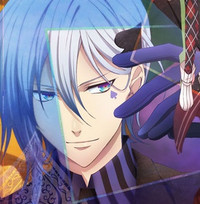 Sentai Filmworks' latest announcement is AMNESIA, based on Otomate's female audience romance game on PSP. Plans for the series, which is also streaming on Crunchyroll, currently include availability soon through select digital outlets, with a home video release to follow later this year.

Sentai's synopsis from the press release:

This story takes place in a fictional town, in a fictional country, in a fictional world.  One morning, a young lady awakens to find that she has lost all her memories prior to that morning.  Her life, her relationships, her very name – all gone.  All that’s left is a cell phone with numbers and names she doesn’t recognize and Orion, a young boy that only she appears to be able to see.  With Olion’s guidance, she struggles to make sense of herself, a boyfriend she doesn’t know and the thousand and one little things that make up a daily life.  But with no memories left, the only alternative is to forge new ones, even if that means leaving old loves behind.