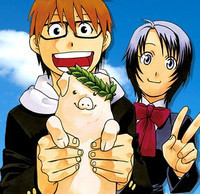 There have been some concerns about the future of alternative audience programming anime block noitaminA in light of the fact that this season's continuation of Psycho-Pass and Robotics;Notes is going be followed by a spring re-airing of White Fox (Steins;Gate) adaptation of Nisio Isin's historical fantasy Katanagatari. Well, good news fans, it's about to get high profile new material with future addition of Silver Spoon. 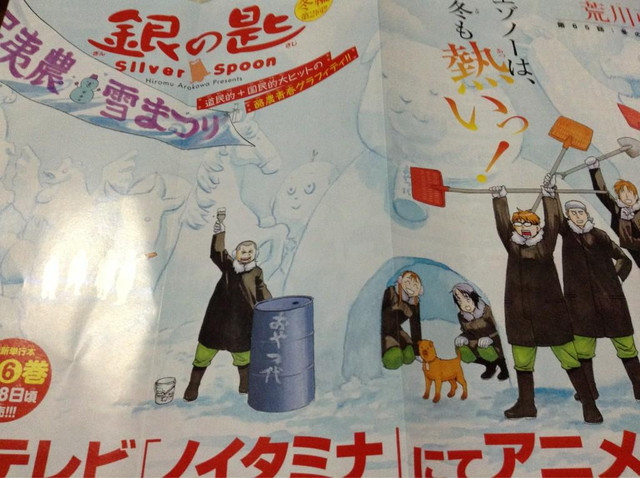 Fullmetal Alchemist author Hiromu Arakawa drew on her upbringing as a Hokkaido farmer to write Silver Spoon, the story of bright student Yugo Hachiken who schemes to get away from his family by enrolling in an agricultural school that requires students to reside in its dorms, only to find it more work than he had envisioned.

Home magazine Shonen Sunday recently confirmed that the awaited anime adaptation of the manga is planned for 2013.

As unlikely as it might sound, the manga has been a smash hit, winning this year's Manga Taishō award and warranting million copy print runs.

The late night noitaminA (00:45 to 1:45 Friday morning) block launched in 2005 with the intention of expanding the target audience beyond the typical young male demographic.

Speaking of Silver Moon, the French publisher of the manga recently put together a rather cool press kit. 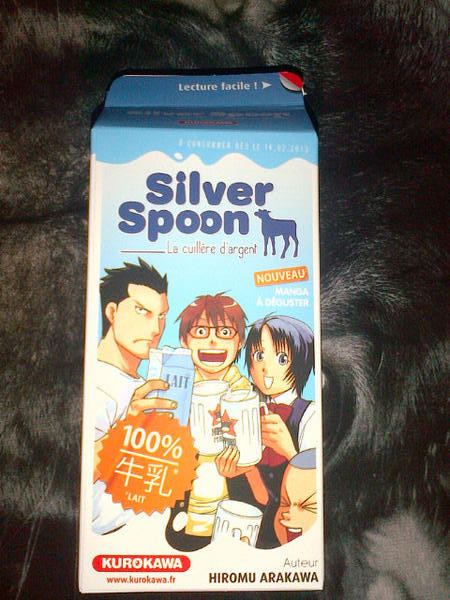 Given Anime Rocks on with Third Character PV