Centerpiece of limited UK release is a chewed-up, bikini-clad torso 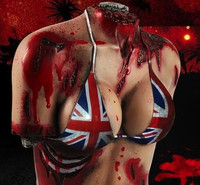 Whether you were a fan of the original Dead Island or not, the zombie FPS is getting a follow-up with Dead Island: Riptide, and the limited "Zombie Bait" edition is certainly a sight to behold. In addition to a steelbook case, collectible cards, and weapon mod DLC, the centerpiece of the set is, well, see for yourself. 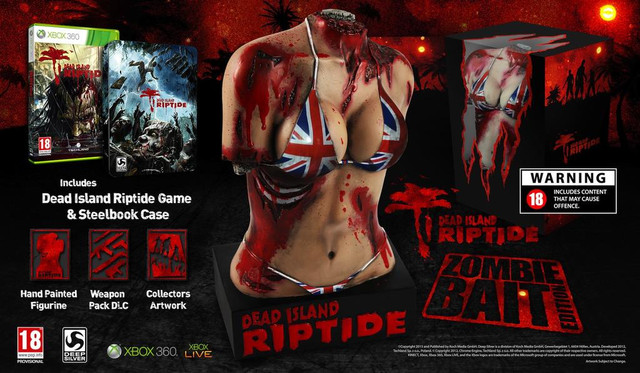 The set is currently only available for pre-order on PlayStation 3, Xbox 360, and PC in the UK, and is priced at RRP £99.99. North America will be getting a "Rigor Mortis Edition," which packs weapon mods, skins, a replica suitcase, a zombie hula girl figurine, a zombie arm bottle opener/magnet, and a keychain for $79.99. Dead Island: Riptide lands in North America on April 23, with the European release following on April 26.

Tags
dead island, dead island: riptide
« Previous Post
"I Reluctantly Decided to Find a Job Because I Couldn't Become The Hero" to be Adapted into Anime
Next Post »
VIDEO: Additional "Tsukihime" Character Redesigns Revealed
Other Top News
18 Comments
Sort by: