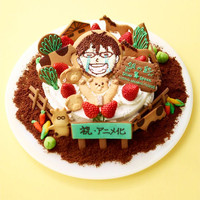 Given that it's a follow-up to the hit Fullmetal Alchemist, to say nothing of its own strong manga sales track record, there's plenty of anticipation and expectations for the anime adaptation of Hiromu Arakawa's farming story Silver Spoon. Gearing up the promotion, a new site has launched for the anime, slated to run on the Noitamina block this year. 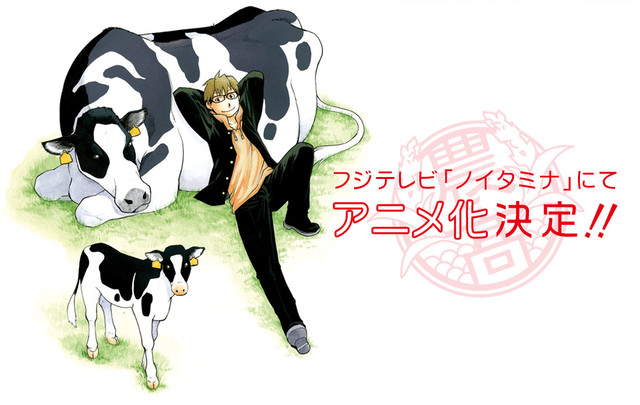 Meanwhile, home magazine Shonen Sunday is celebrating with cakes. The latest issue features them on the cover and in a poster. The theme will be coming back for a series of TV ads promoting the January 18th release of volume 6. The issue also features a bonus clear file. 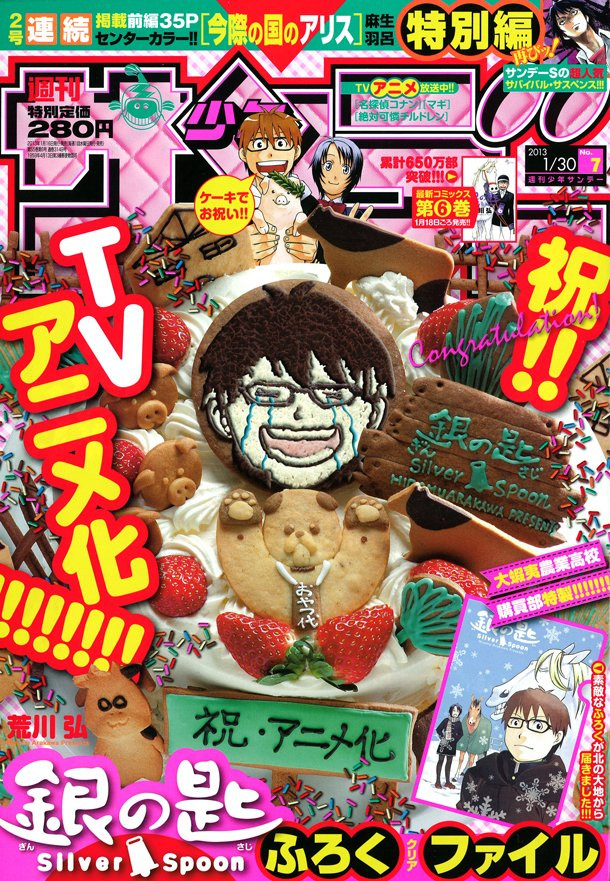 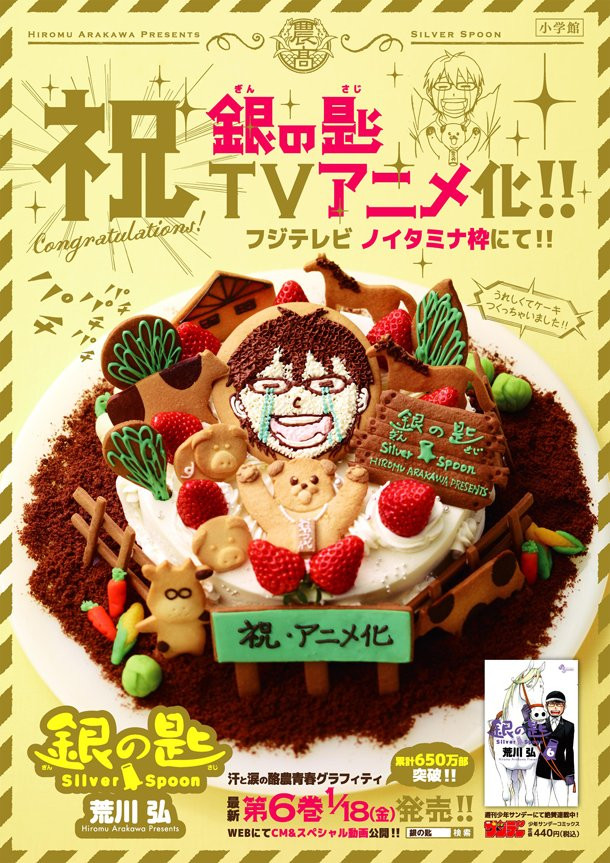