PlayStation 3 game will be released this May 23rd 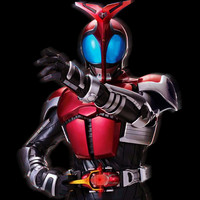 Following the likes of One Piece and Fist of the North Star, Kamen Rider is the latest Japanese pop culture franchise to be featured in a crowd brawler game. Kamen Rider: Battride Wars will feature Rider heroes from 2000's Kuuga to the latest, Wizard, battling hordes of baddies. The buzz is that the classic Showa era Riders will be offered as DLC add-ons.

The PlayStation 3 game will be released this May 23rd. A limited edition will include 30 songs from the works scheduled to be featured in the game. 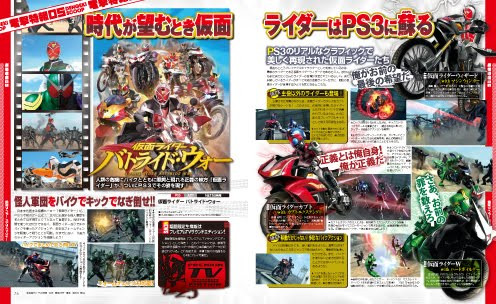 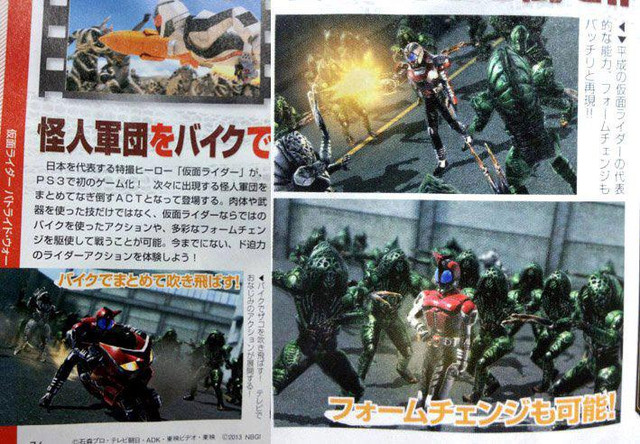 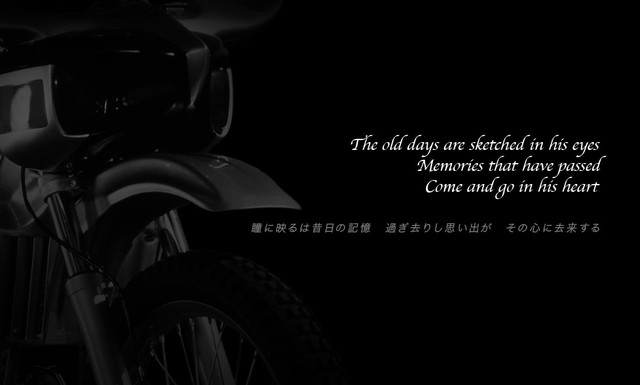 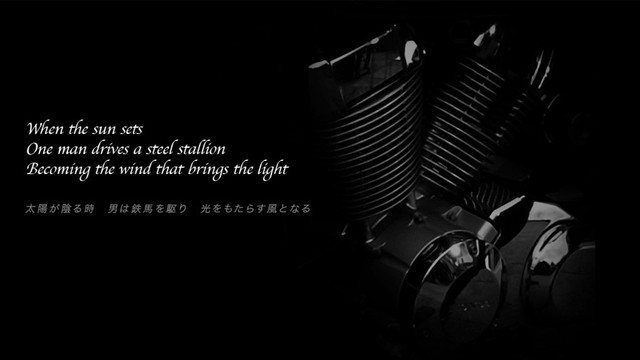 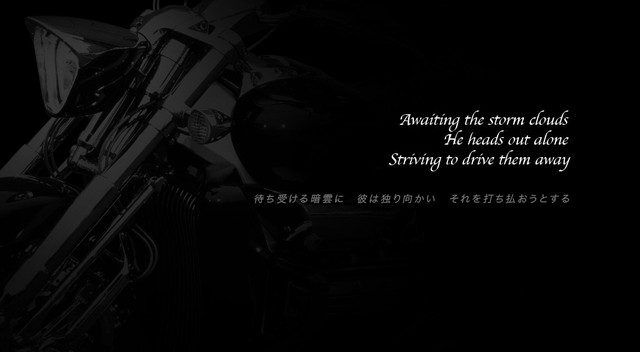