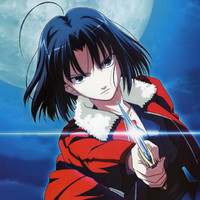 Showcased back at last summer's TYPE-MOON Fes. -10th, Kara no Kyoukai is getting an anime adaptation of side/story epilogue of Kara no Kyoukai - Mirai Fukuin (Garden of Sinners: Gospel in the Future). The series from the creators of Fate/zero revolves around Shiki Ryōgi, a girl with "Mystic Eyes of Death Perception." In Gospel, she deals with fortune tellers and precognitives in the years 1996, 1998 and 2008.

Get an early look...

Aniplex has released the original series of seven anime movies in North America.