Plus provocative other sneak peak coverage 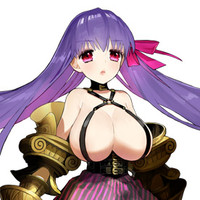 Marvelous AQL's latest character promo for dungeon crawler RPG Fate/EXTRA CCC features a character who seems like she might be more at home in Marvelous' Senran Kagura series. Passionlip, voiced by (tsuritama's Sakura, Pet Girl of Sakurasou's Yuuko Kanda) has the face of the Fate series' troubled Sakura, giant talons and other large features.

The frequently pushed back game is currently slated for March 28, 2013. 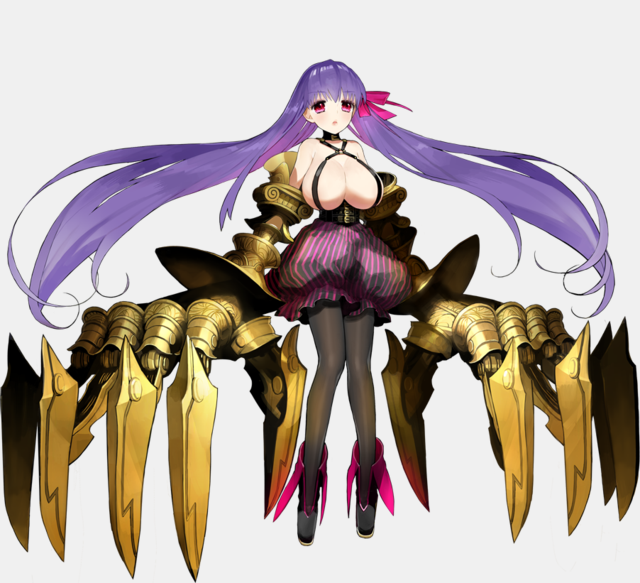 SHAFT will be providing the opening with Madoka Magica's Akiyuki Shinbo helming the work.

Like the first Fate/EXTRA game, the CCC player picks a male or female student for their player character master, then they select Servant partner: (Bride) Saber, Archer, (Foxy) Caster... or, new to the sequel... "King of Heroes" Gilgamesh.

TYPE-MOON writer Kinoko Nasu said that CCC will have more voice acting and story volume than Fate/Extra, and also that "eros" and "a girl’s passion" are themes for the story.

There's recently been some other provocative promo material for the game... 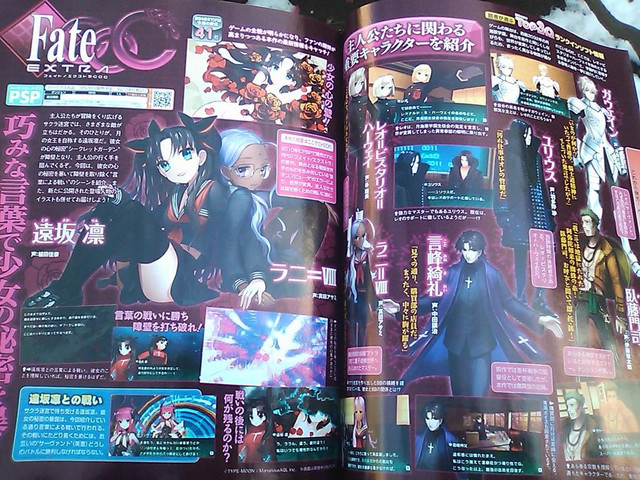 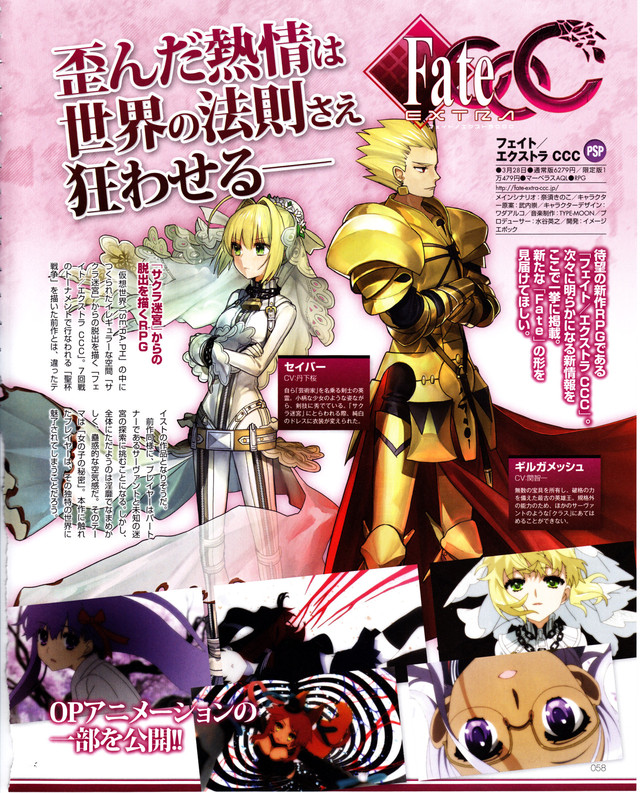 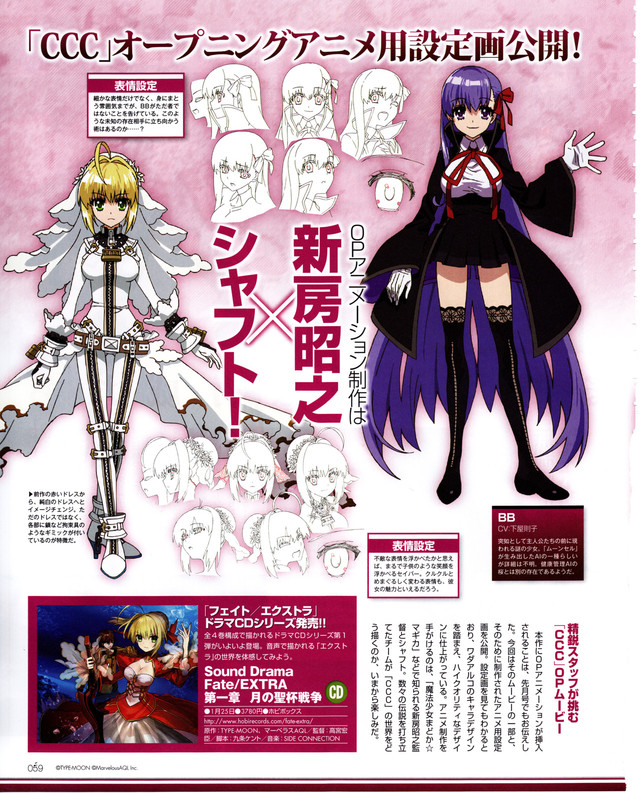