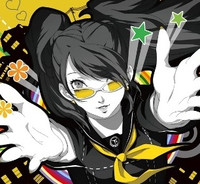 While Vita owners in Japan and North America have had time to plow through Persona 4 Golden, fans in Europe have been left waiting. That wait's almost over, though, as NIS America partnered with Atlus to publish Persona 4 Golden in Europe, with a date locked for February 22.

As far as special editions go, it looks like Europe may be out of luck, since the press release doesn't mention anything. Those who have yet to play can look forward to remastered visuals, more voiced dialogue, a new online dungeon rescue feature, and more.

Anyone in Europe eagerly awaiting the release of Persona 4 Golden?

VIDEO: "Persona 4 Golden" Brags About a Bevy of Boastful Blurbs