Platinum Games' hair-oine heads to the U.S. and Europe next week 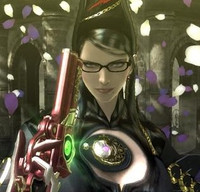 Developed by Platinum Games and directed by the outspoken Hideki Kamiya (the original Devil May Cry), Bayonetta became somewhat of an instant classic for action fans after its initial release. Now it's heading to PlayStation Network as a digital download priced at $19.99.

The digital release of Bayonetta is presumably the updated patched version that did away with some of the issues that plagued the PS3 edition when it first came out. It's set to hit PSN in the United States on January 29, with Europe (£14.99) to follow on January 30.

Bayonetta has been available as an Xbox Live on-demand game for a while, so it's nice to see it letting down its hair digitally elsewhere. Anyone who's yet to try it out should definitely take advantage of the reasonably priced offer.