Bang Zoom! assists with a Conan take on "Return of the Pearl Princess" 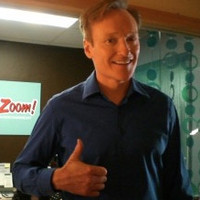 In a bit for Conan, host Conan O'Brien and sidekick Andy Richter reteamed with Bang Zoom!, known for the anime work on series such as Haruhi Suzumiya and K-On! for a dub of hit Chinese soap opera Return of the Pearl Princess. Keep an eye out for veteran voice actress Wendee Lee, known for roles such as Faye Valentine and a host of minor Bleach characters.

On The Tonight Show, Conan worked with Bang Zoom! for parody dubs of Ghost in the Shell and Blood: The last Vampire.

QUIZ: Which Haikyu!! Team Would You Be On?