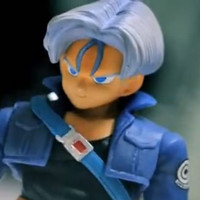 In a new short, Taiwan's counter656 presents the first in a series of Dragon Ball Z stop motion battle royales. This one has Piccolo and Trunks versus various Gundam mecha and each other. Goku, Cell, Vegeta, Freeza and so on are promised the future episodes, with the second slated for around May-June 2013.