Manga approaches its 30th anniversary with a look at controversial subject 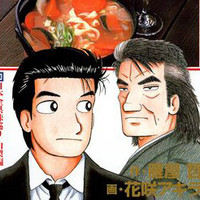 2013 marks the 30th anniversary of hit seinen manga series Oishinbo, about journalist Shirō Yamaoka and his assistant then wife Yūko Kurita as they assemble the "Ultimate Menu" of Japanese food for their newspaper. When the series started, it used food to demonstrate how Japanese culture was asserting itself during the '80s boom years. It's continued to follow the times with a new, high profile story that examines that Fukushima nuclear controversy.

The series previously addressed the aftermath of the 2012 Tohoku earthquake and Tsunami. 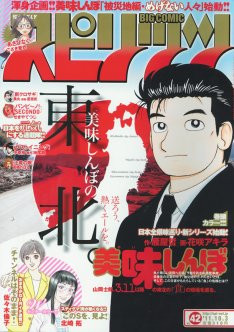 It is now getting a lot of media attention for a “Fukushima, the Truth” story, which features Yamaoka investigating the nuclear reactor damaged during the quake. The series seems poised to walk a fine line in its handling of the controversial topic. On one hand, its previous stories about the quake affected region have promoted supporting areas by buying its food products and touring its restaurants. On the other, Oishinbo has regularly dealt with food safety issues, and as such, the subject of radioactive contamination of rice and other food products seems unavoidable. 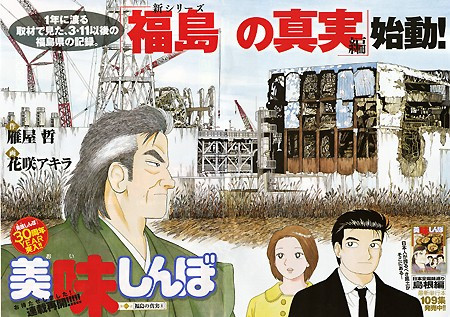 The popular Oishinbo spawned a 136-episode TV series in the late '80s/early '90s. A thematically organized seven-volume Oishinbo a la Carte best-of was released in English by Viz.

Are you interested in manga that concretely addresses real political and economic issues?

Real Gourmet Battle Based On "Oishinbo" Manga Announced in Japan