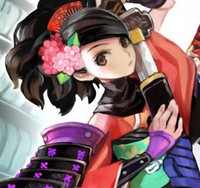 Earlier this month we got a look at how Vanillaware's Muramasa: The Demon Blade is shaping up on PS Vita, but now there's even more reason to be excited: Aksys is officially bringing it to North America as Muramasa Rebirth.

The original Wii version of Muramasa made its way to the west in 2009, but the PS Vita version will feature an all new English localization. Muramasa Rebirth also has a separate jump button, whereas players had to hit up on the d-pad to jump on Wii.

Aksys will also be making the DLC, which adds four brief scenarios with four new characters, available for purchase when Muramasa Rebirth arrives. An official release date, however, has yet to be revealed.