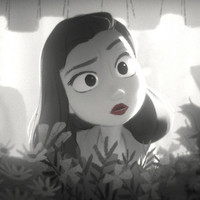 The short will be released on Blu-ray/DVD with Wreck-It Ralph on March 5, 2013.