"Was it necessary to shave her hair?" 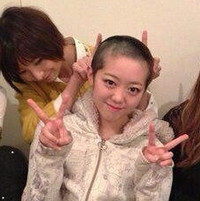 Thursday’s image of AKB48 member Minami Minegishi with a shaved head tearfully apologizing on YouTube was one of the most shocking sights to emerge from Japan's entertainment industry in recent memory. The story of this fallen idol guilty spending the night with a man (thus violating AKB48’s “no boyfriends” rule) has since become world news, garnering coverage from the BBC, the Guardian, and -- what’s probably the best English language write up so far -- the Japan Times. 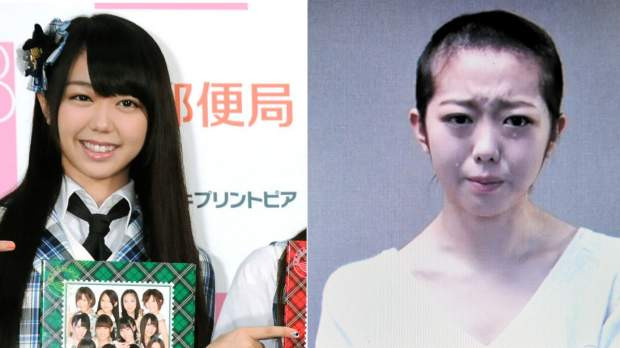 Yesterday, as waves of outrage and bad PR for AKB48 continued to spread, AKB’s Group Theater General Manager Tomonobu Togasaki took to his Google+ page to answer some very tough questions from fans about Minegishi, her condition, and AKB’s notorious punishment policy.

We have received many opinions and questions from the fans regarding the video of Minegishi's apology. I would like to add further explanations since the management hasn't fully expressed their explanation to your questions.

□ Why did you have to stream a video like this?

When we were in a hurry preparing for the streaming and we have received a report that Minegishi really wants to apologize personally with her hair shaved. We felt how strong her will and feeling towards AKB48 was, so we decided to stream the video as we planned.

□ Was it necessary to shave her hair?

It wouldn't be necessary even if you ask if it was necessary or not. It was just that Minegishi really wanted to convey how strong her feeling was.

□ Did anybody stop her from shaving her hair?

I heard that when she came out from the make up room, she had already shaved her hair. It seems that the staff beside her did stop her. However, I heard that she said that people might think of her as a fool, but she really wanted to put her reflection into action, so she cut her bangs using scissors without losing control over herself.

□ Isn't it unfair that the punishment for each of the members who had scandals were different?

□ There was a photo of Minegishi, which has been uploaded on the internet, where she looked like she was having fun with the first generation members. Did she really reflect on her actions?

(Photo in question below - PM) 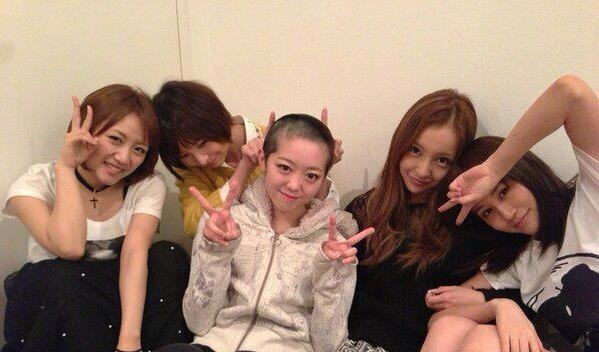 Before the rehearsals of the theater performance of Team B, I saw Minegishi who came to apologize with an exhausted expression on her face, so I can say that she has reflected on her actions. At the same time, it seemed like she was trying her best not to make people around her feel worried. I think that is the reason why the members of the same generation as her were encouraging Minegishi who was feeling depressed.

We, the managing team, would like to support the members who are trying their best to pursue their dreams by having continuous discussion with them.

As of this writing Togasaki’s latest Google+ update shows happy smiling members of AKB48 carrying on with business as usual, along with the reassuring caption, “Everyone seems happy with their various appearances!” 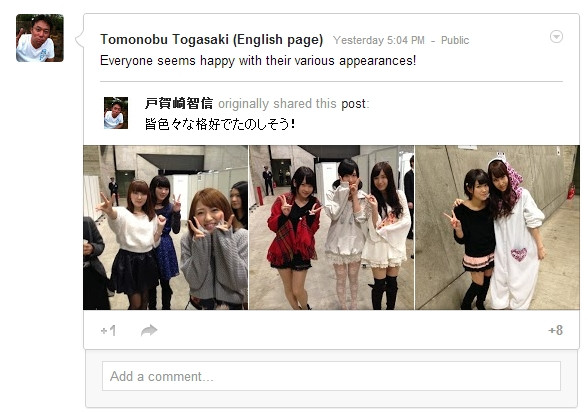 I guess the explanation was good enough for them. Now how about YOU?!??!?