Watch the opening parts of Goku's training from the pre-Z Dragon Ball, as well as the Saiyan Saga. 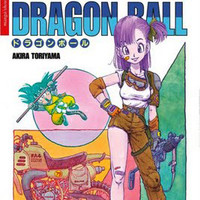 With the color re-release of Dragon Ball hitting print in Japan and the digital Shonen Jump in North America, the series has become the premiere content of the MangaPolo (as in "Marco Polo") Youtube collaboration between Google and Japanese ad/pr firm Dentsu. You can now see the open parts of a weekly motion manga run of Goku's training from the pre-Z Dragon Ball, as well as the Saiyan Saga.