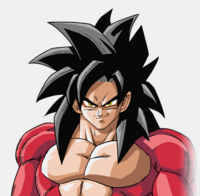 Dragon Ball enthusiasts have been wondering how Dragon Ball Z Battle of Gods will handle the epitome of Saiyan power considering that Akira Toriyama is involved with the movie and wasn't with Dragon Ball GT - which previously presented a Super Saiyan 4. Now, the April issue of V-Jump is offering an indication of what comes after Super Saiyan 3 in the movie.

According to the magazine, 39 year ago, the Oracle Fish (voiced by Shokotan) told antagonist God of Destruction Bills that, implicitly beyond a Super Saiyan 3 is a Super Saiyan God (Sūpā Saiya-jin Goddo)! It's the legendary form of the universe's most powerful warriors. 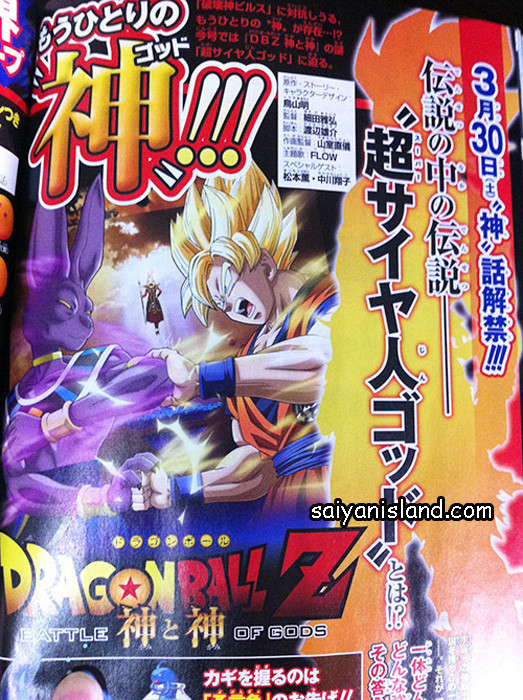 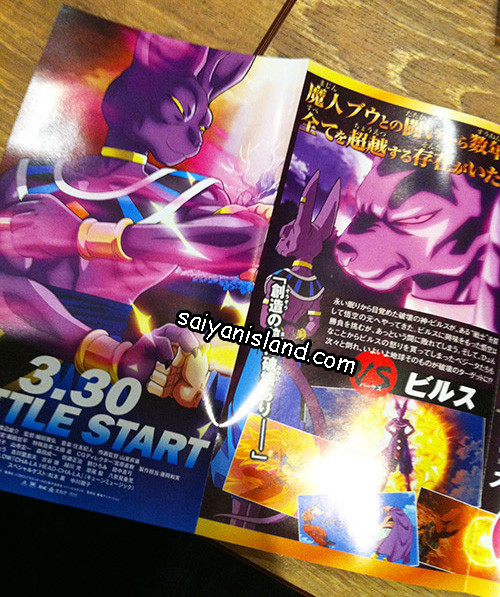 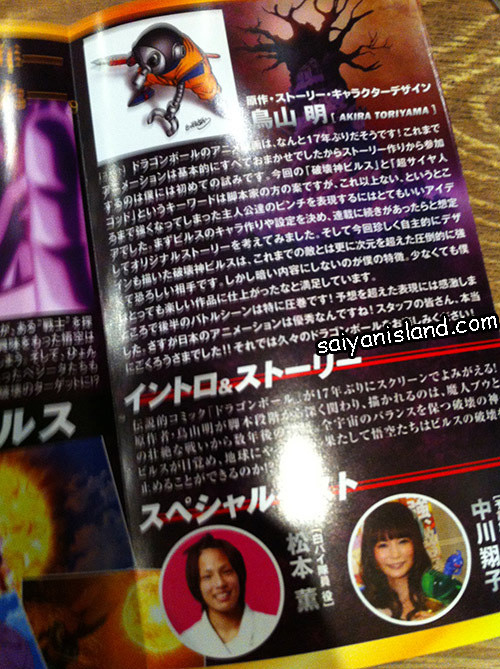 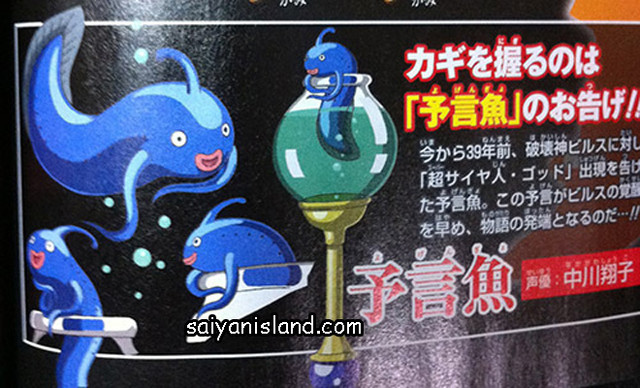