VIDEO: What If the Makers of "K-on!" Did an Anime for the Ladies? 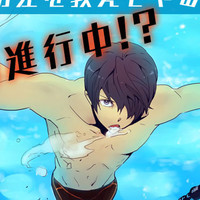 Ever wonder what it would be like if the folks behind anime like K-on! at Kyoto Animation did an anime for the ladies? Well, today your speculation has been answered. During this week's episode of Tamako Market, a short ad by KyoAni subsidiary Animation Do presented a bit of a calling card promo featuring a bit of eye candy for the female viewers.