Megpoid's US launch drew a crowd at New People 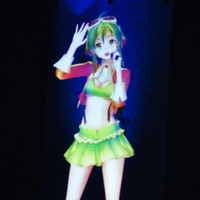 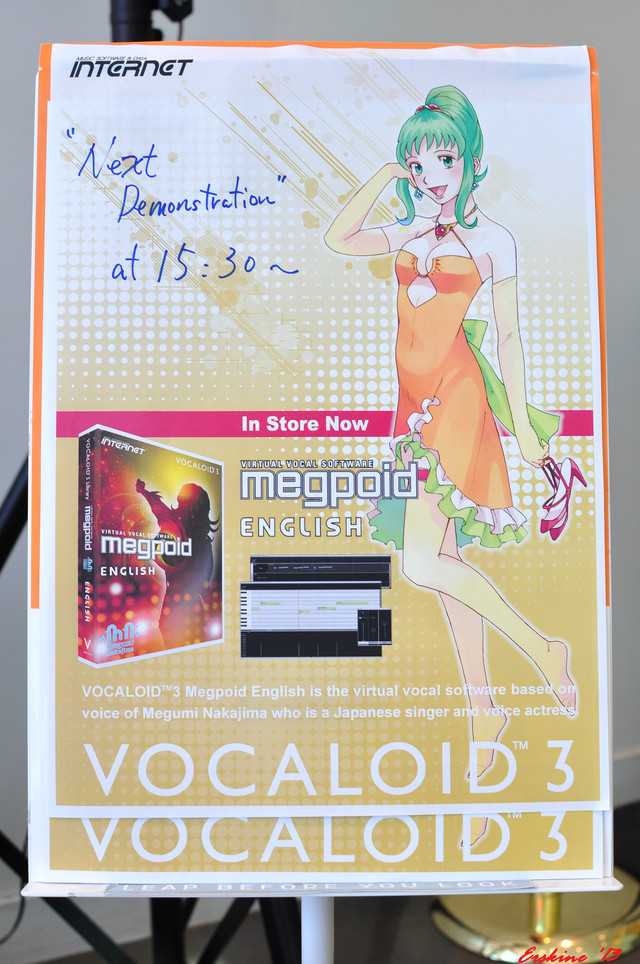 The event consisted of 2 live concerts in the theater and a 30-minute Megpoid English demonstration at the front lobby of New People all through the event. 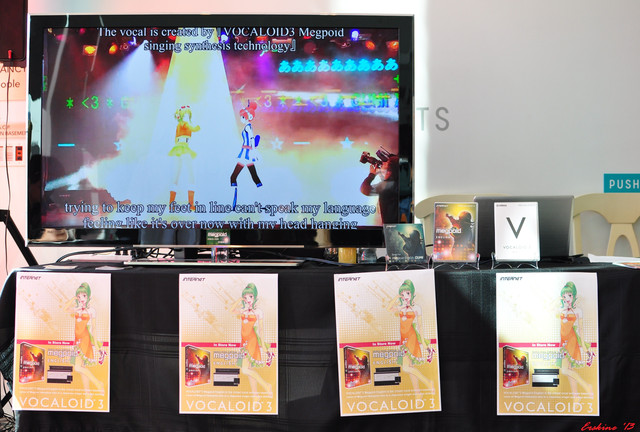 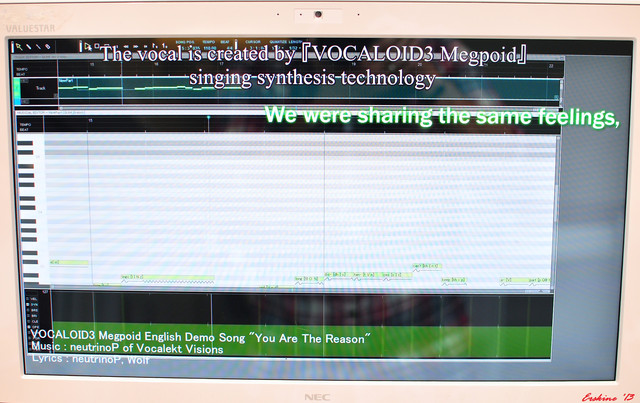 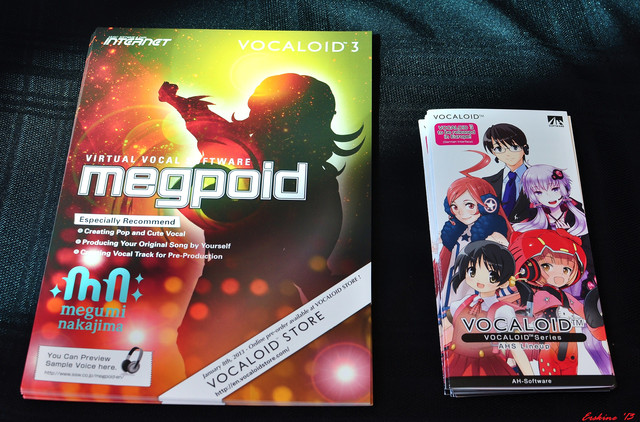 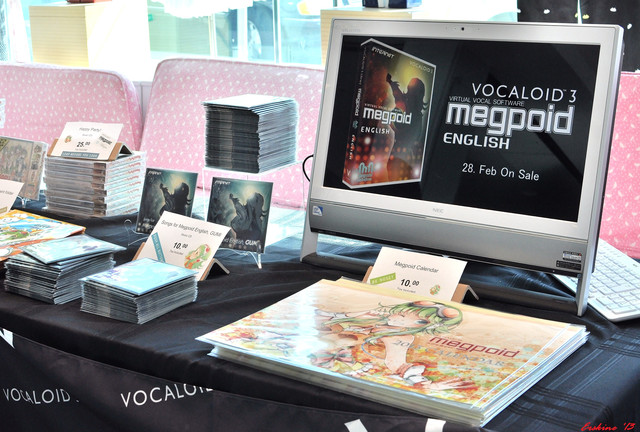 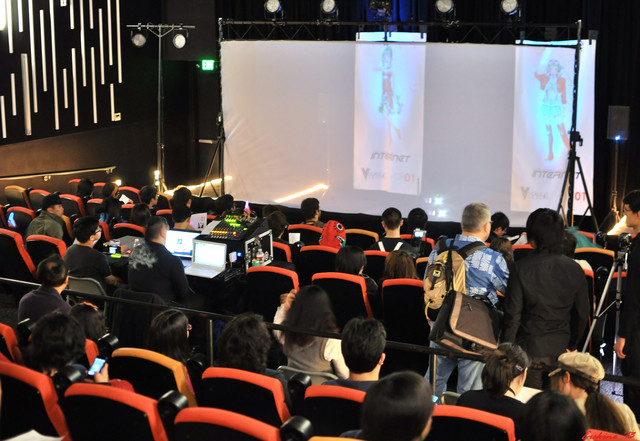 The theater was set up with a screen for GUMI to appear. 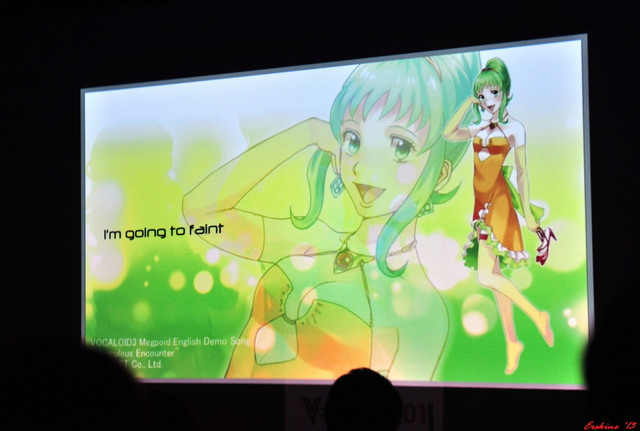 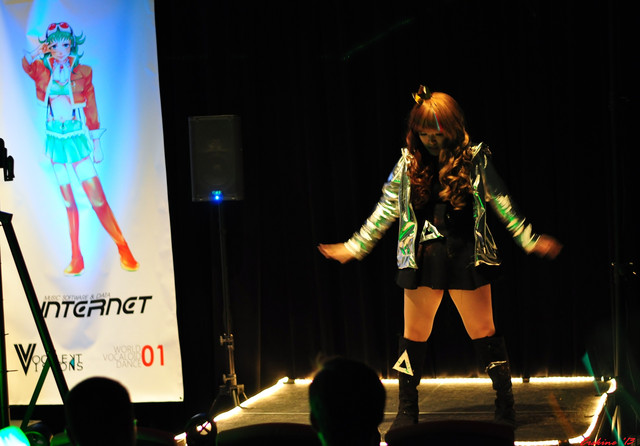 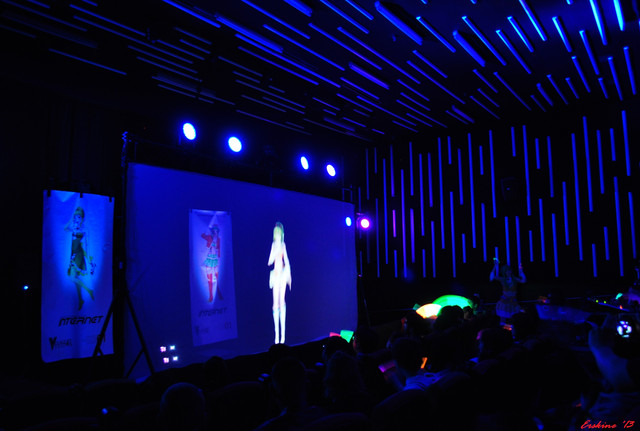 When GUMI appreard on the screen, the theater got heated up. Some fans were screaming "Marry me!". 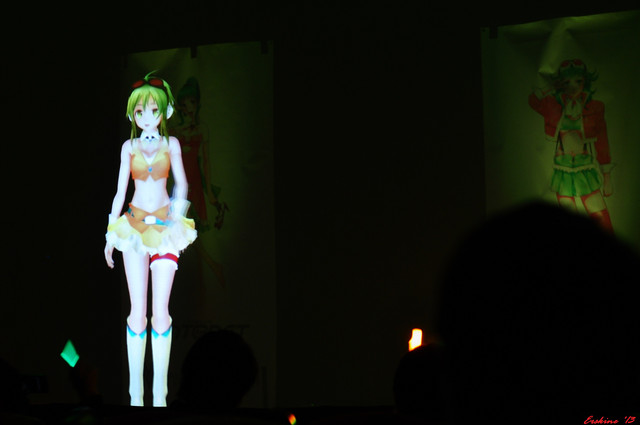 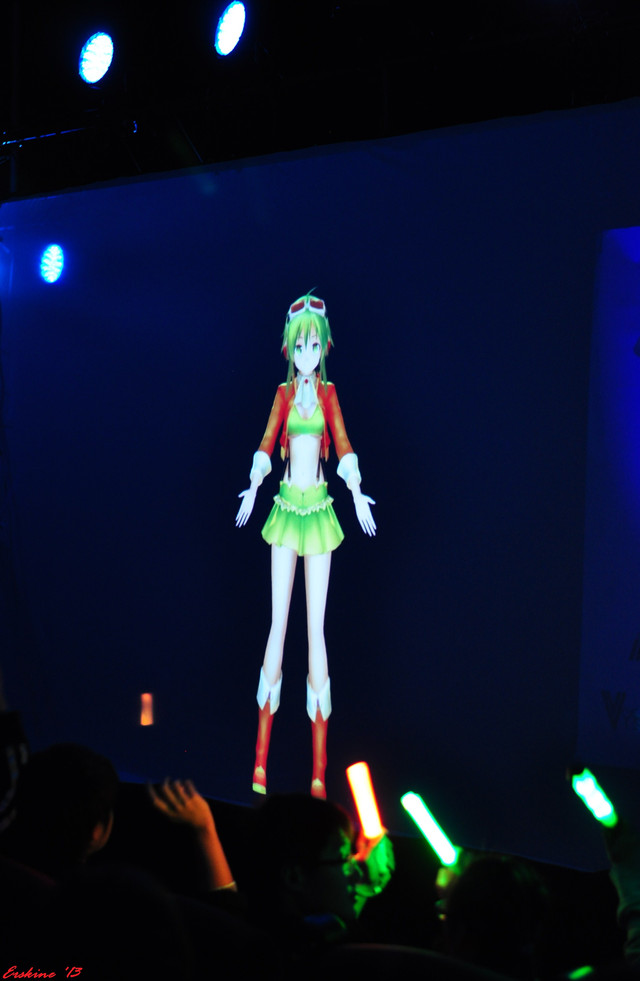 GUMI came out with her new outfit! 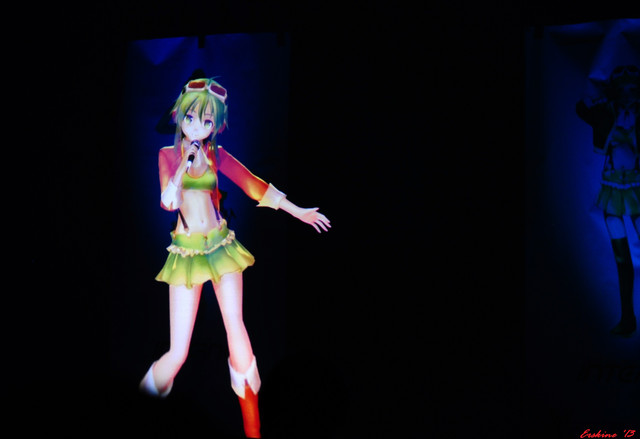 GUMI performed songs in Japanese and in English, and with another Vocaloid, Yuzuki Yukari. 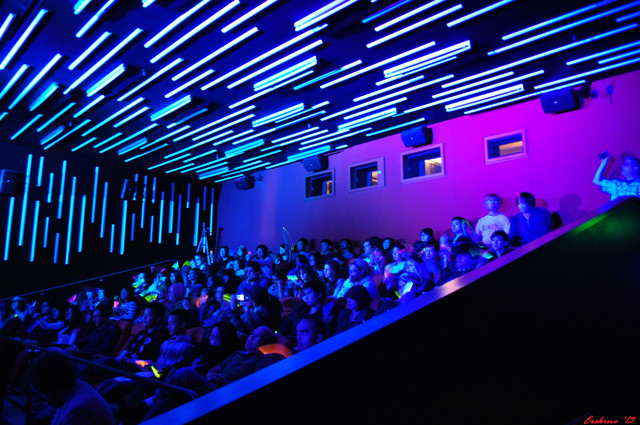 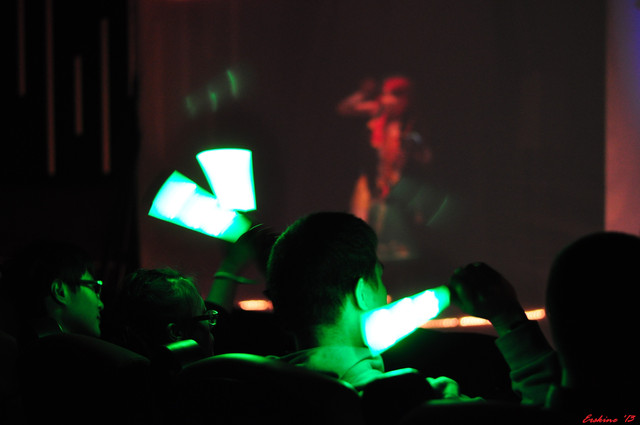 Fans participated the live with glow sticks as they should in any Vocaloid shows. The event provided them, but some brought their own. I was able to talk to some of the attendees and they said they had a lot of fun! One commented the clarity of English of GUMI and others were excited to be able to try the demo. 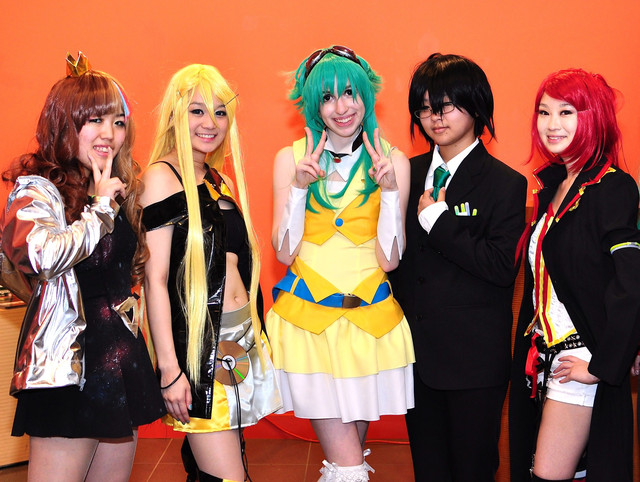 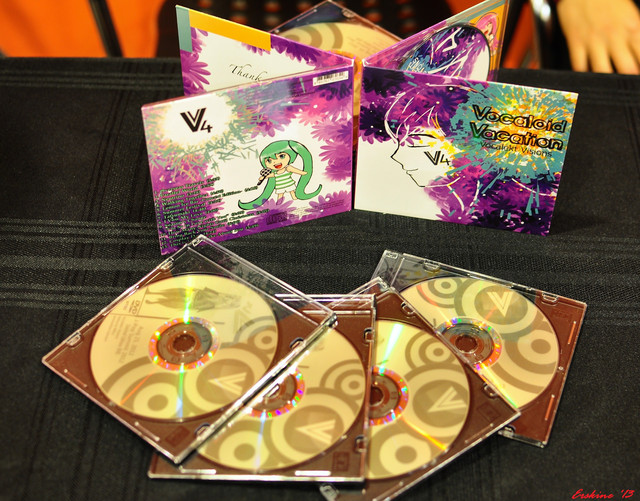 8. I'm So In Love With You by Vocalekt Visions feat. Yukari

13. You Are The Reason by NeutrinoP (Vocalekt Visions) and Wolf feat. Megpoid 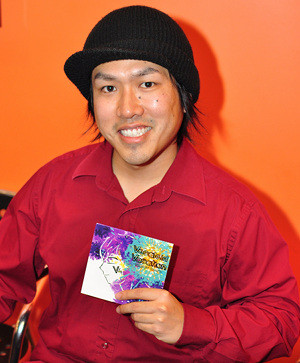 Tempo-P of Vocalekt Visions says INTERNET's Megpoid English probably is one of the best English Vocaloid out there in the world. He was very excited to be able to work with Megpiod English with 3~4,000 samples available in the software, he can see a lot of work was put in to create this software.

Other INTERNET Vocaloid were on sale at the event as well. 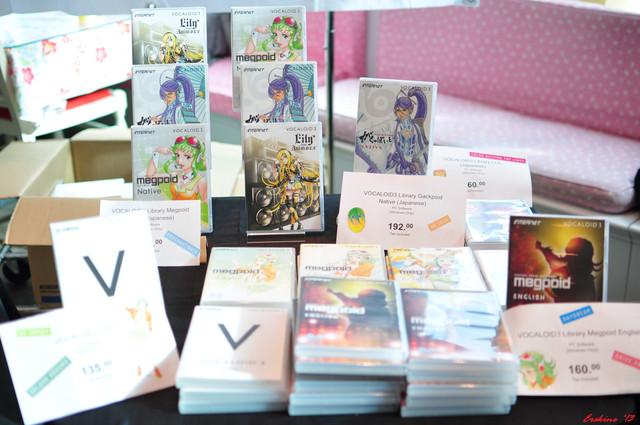 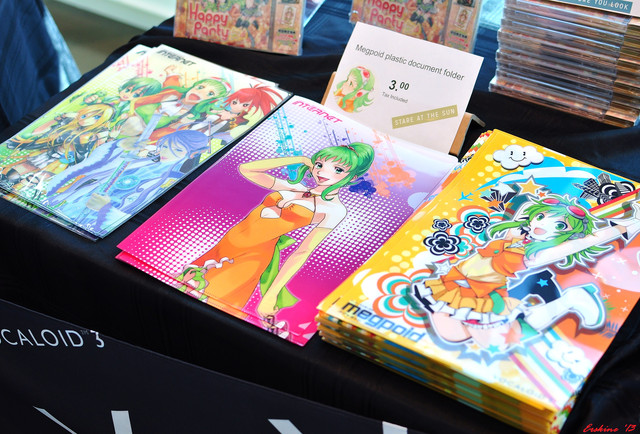 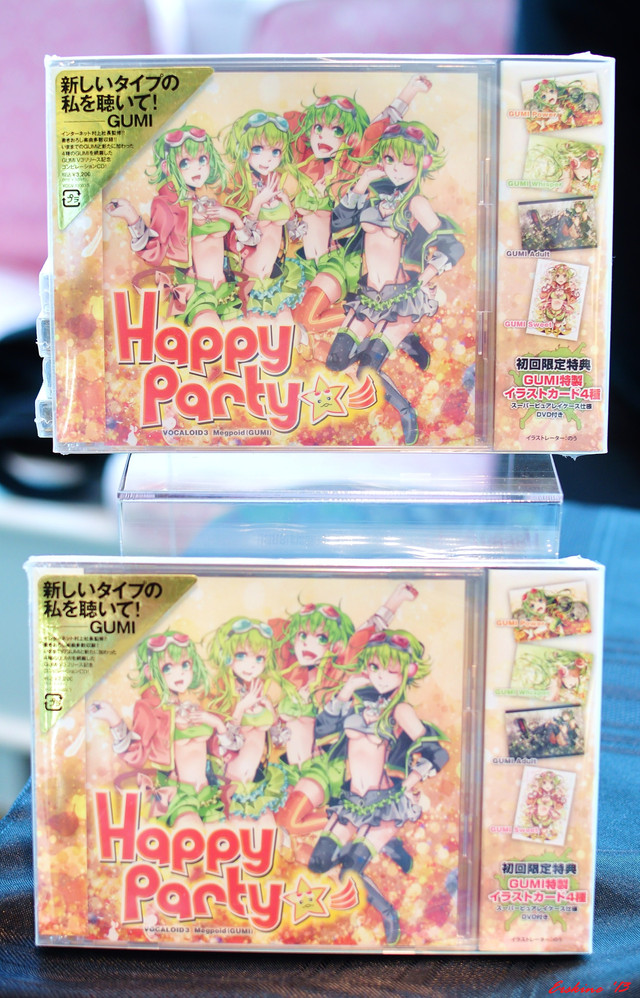 INTERNET is also hosting a contest for users to create a demo using the software. Entries are accepted on Nico Nico Douga with "GUMIENGCONTEST" as a locked tag. You can also download the demo for free from the link. All entries are accepted until March 31. 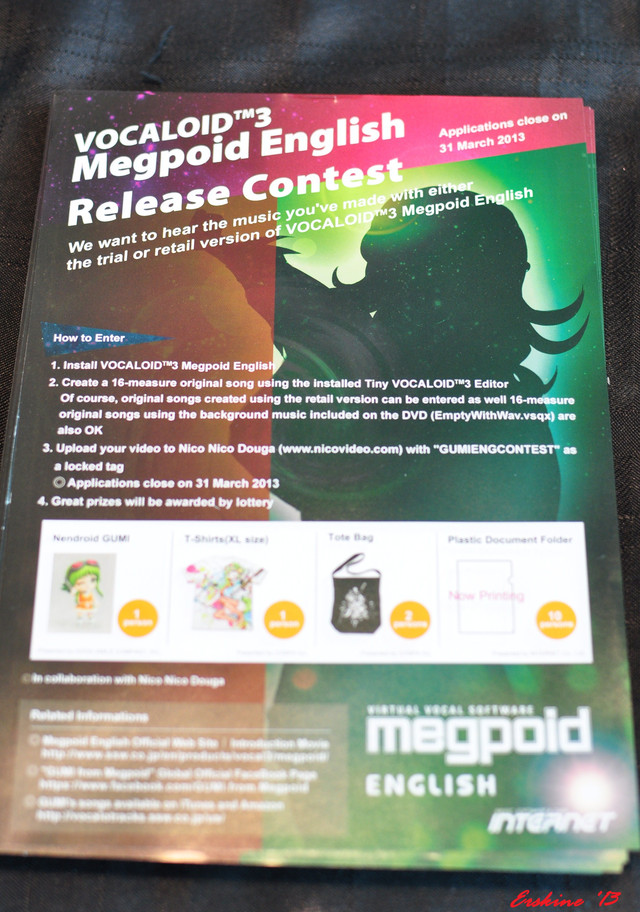