Collect points via Gashapon, get fed to a robot dinosaur... 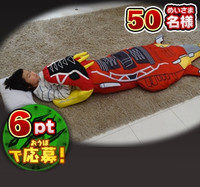 Bandai Japan has a brilliant idea for how to promote the latest Power Rangers-esque show from Japan, Zyuden Sentai Kyoryuger: get kids to collect points for prizes via gashapon capsules, then feed winners to a sleeping bag designed to look like “Gabutyra Ohirune Nebukuro”, a dinosaur mech from the show. The commercial is pretty amusing, so get a gander below.

The "Gabu Gabu Gashapon Campaign" (say it five times fast) begins April 1 and runs until September 30. Let’s hope at some of the children of Japan can survive this goofy looking feast of evil. 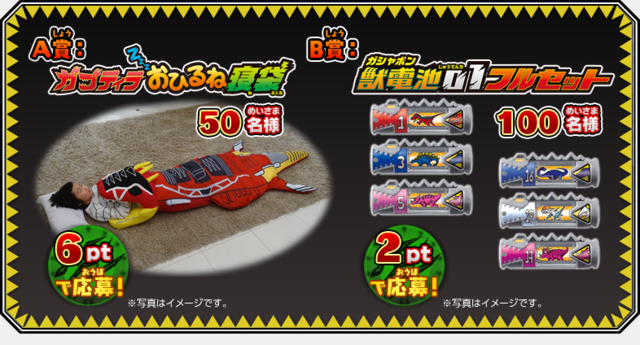