Gritty Reboots return for a take on the leisurely N64 game 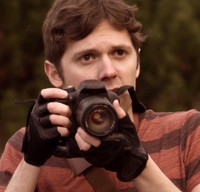 Some of you probably remember the recent debut of the Gritty Reboots YouTube channel, which had its first outing with a darker spin on Harvest Moon. Now they're back with a gritty reboot of Pokémon Snap, which turns the leisurely Nintendo 64 game into a Jurassic Park style thrillride.

Some bonus clips include a before and after effects comparison:

And a video that puts it side-by-side with the Jurassic Park 3D trailer: