Third entry in series lets you play as multiple generations 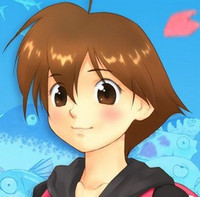 A week ago we posted a trailer for the upcoming Nintendo 3DS platformer, Farewell Umihara Kawase (Sayonara Umihara Kawase), the third entry in a series that originally debuted on Super Famicom in 1994. Now it has a release date, and is set to arrive in Japan on June 20.

Farewell Umihara Kawase will land in stores for ¥4,980 ($50), with a downloadable version priced at ¥4,500 ($46). Thankfully, this might not just be a case of Japan getting another cool game while the rest of us miss out. According to Siliconera, Agatsuma Entertainment is looking into bringing Farewell to the west, with more information on this and other titles to be shared at E3.