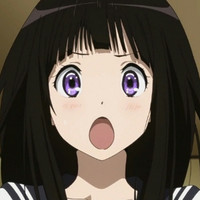 ACCS (Association of Copyright for Computer Software) reported on April 15th that Fukuoka prefectural police's cyber crime control office and Chikushino Station referred a 39-year-old unemployed man who used file-sharing software (Share, Perfect Dark) to upload anime, manga and video games to the internet without copyright holders' permission to the Fukuoka district public prosecutor's office on 11th. The man was arrested on the suspicion of illegally uploading the 5th episode of Future Diary/Mirai Nikki anime and the 12th episode of Hyouka anime on September 11th and December 6th, the 46th volume of Gintama manga on November 3rd, and Nintendo's Wii video game Project Zero 2: Wii Edition/Zero: Shinku No Chou on December 6th in 2012.

The man admitted his crime and said to the police that he had used Winny, Share, and Perfect Dark to illegally upload more than 10,000 files of video games, anime, manga, music, and movies to the internet

for a decade. After seeing many arrest cases for illegal use of the file-sharing software in Japan, he was

so afraid that finally turned himself in to the Fukuoka police last December.

Man Arrested for Uploading Toei's Heartcatch PreCure and ONE PIECE