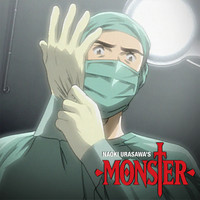 Del Toro will co-write the story with Steven Thompson (Dr. Who, Sherlock). Thompson will write the pilot, which del Toro intends to direct.

This project was originally considered for a movie at New Line, but proved too sprawling to confined to a feature film. Deadline also notes that it took del Toro a long time to woo creator Urasawa into being comfortable with Hollywood again after the original idea was scuttled.

The manga, and the first part of its Madhouse anime adaptation, have been released in North America by Viz.