"It’s Not My Fault That I’m Not Popular!" Anime Scheduled for Summer 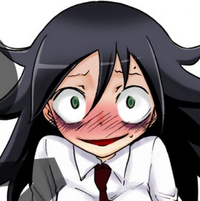 Looks like we won't be waiting too much longer for an anime version of the manga that wore its 4chan popularity on its sleeve, boasting that it's a "smash hit on the overseas version of 2chan!!" on a cover. The site and Twitter feed for Watashi ga Motenai no wa Dou Kangaete mo Omaera ga Warui! aka Watamote or It’s Not My Fault That I’m Not Popular! have announced a July kick off for the TV series.

Nico Tanigawa's web manga comedy about acute social unease follows Kuroki Tomoko, who's in for a rude awakening when she finds that the popularity and social graces she thought she had while sitting around in her underwear playing otome game/dating sims don't carry over in reality. Desperately, she tries to ensure that she hasn't turned out to be a "mojo" (gloomy, unpopular woman).

The manga has been licensed for North American release by Yen Press. 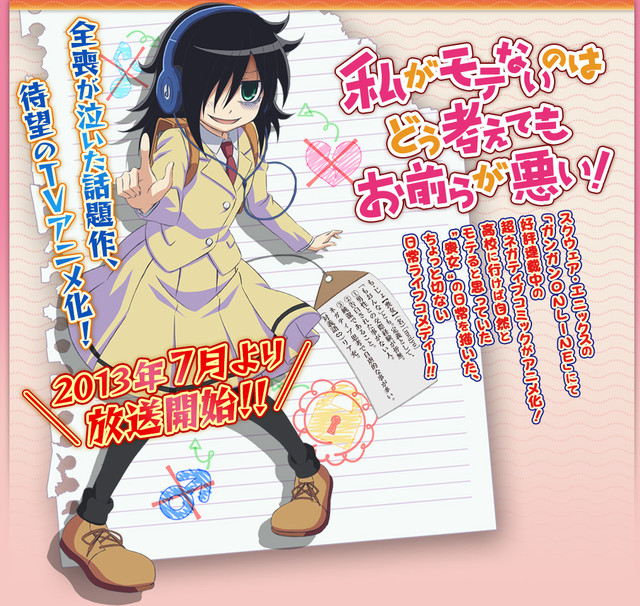 If you want a sense of the series... 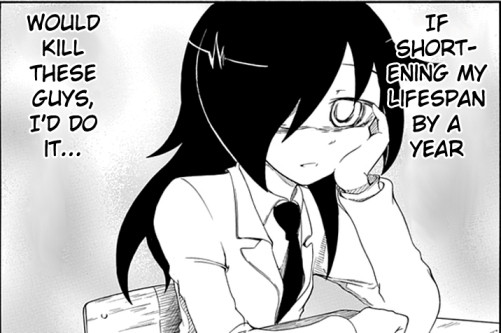 Tags
it’s not my fault that i’m not popular, watamote
« Previous Post
Even "Madden" is Skipping Nintendo Wii U This Year
Next Post »
Cospa Prepares "Sword Art Online" Dangling Charms and "Gintama" Attire for July
Other Top News
54 Comments
Sort by: