VIDEO: Behind the Scenes of "Attack on Titan" 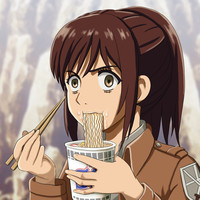 imagine-nation is an anime/manga/game spotlight show on hosted by NHK World's global service, hosted by Super Sentai actress Chiaki Horan and Greek martial artist Nicholas Pettas. In late April, they featured Attack on Titan, discussing the context for the series the Japanese industry and look at the creative process behind it.

Warning, some of the discussion could be considered spoilers for the anime...