Unpopular "deterrent" for piracy and used game sales getting axed 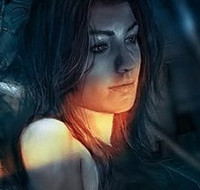 I like to buy my games new. There's something special about tearing off that plastic and getting your hands on a game before anyone else. But my collection is also filled with plenty of used or secondhand games, and it can get kind of frustrating when online features are stuck behind a pay wall, and only immediately available for people who bought the game brand-new.

EA, one of the biggest perpetrators of this unpopular-with-gamers practice, has decided to do away with online passes in future titles. EA's John Reseburg feels that online passes aren't working as well as they were supposed to:

"Initially launched as an effort to package a full menu of online content and services, many players didn’t respond to the format. We’ve listened to the feedback and decided to do away with it moving forward."

Major Microsoft titles like Halo or Gears of War--and even the Activision-published Call of Duty--have never used online passes, but Ubisoft and Sony are still using them. Do you think EA is trying to change its image after being titled "the worst company in America?" Do you think other companies will eventually drop online passes as "standard protocol" for online-enabled games?