"One Piece: Romance Dawn" RPG Gets Ported to Nintendo 3DS

Namco Bandai to release new version in Japan on August 8 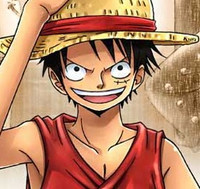 One Piece: Romance Dawn, the RPG that was originally released on PSP in Japan last December, is now making its way to Nintendo 3DS. According to a blurb in Shonen Jump, Namco Bandai will release the port on August 8.

There's currently no word on additional content, but Romance Dawn featured 30 minutes of new animation, and covered arcs from East Blue through Marineford.