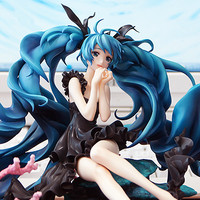 Good Smile Company has posted a June commercial with a look at a host of upcoming figures, from Vividred Operation figmas to the December release of a Dead Sea Hatsune Miku statuette.