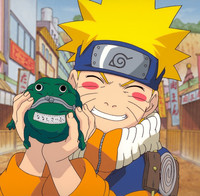 TV Tokyo Holdings has announced its financial numbers for the fiscal year ending March 31st. Anime business revenue was at 7 billion yen, up from 6.3 billion in the previous period, while profits were up to 1.3 billion yen, up from 820 million. Overseas sales helped drive the business, which was described as constituting less than 10% of total business, but notably profitable. This year, again aided by overseas sales, Naruto was the company's star earner.

The top anime were...