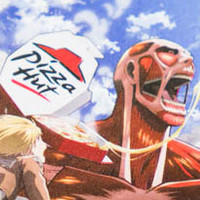 Japan's Pizza Hut is no stranger to anime tie-ins, previously running campaigns with Evangelion, Code Geass, MariMite, Kannagi, Magica Nanoha, Macross F and even Sky Crawlers. That said, it's a bit extra disconcerting when the tie-in concerns a series about creatures that eat humans into near-extinction. A Pizza Hut x Attack on Titan campaign launches next week and runs through July, with prizes that include autographed anime scripts.

In addition to special pizza box art, digital goodies like PC and smart phone box arts will be offered.

A site will be launching at 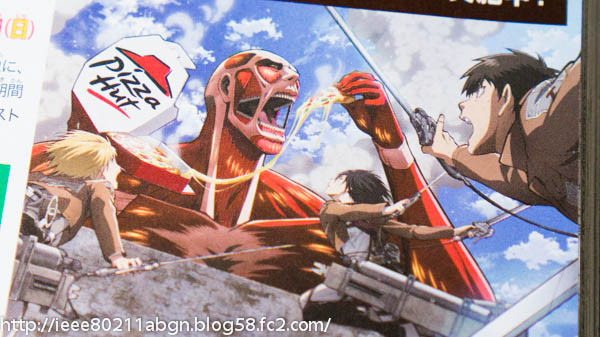 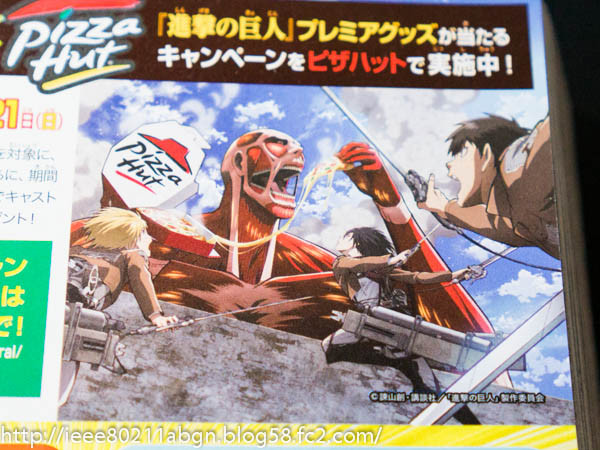 Some of those earlier campaigns... 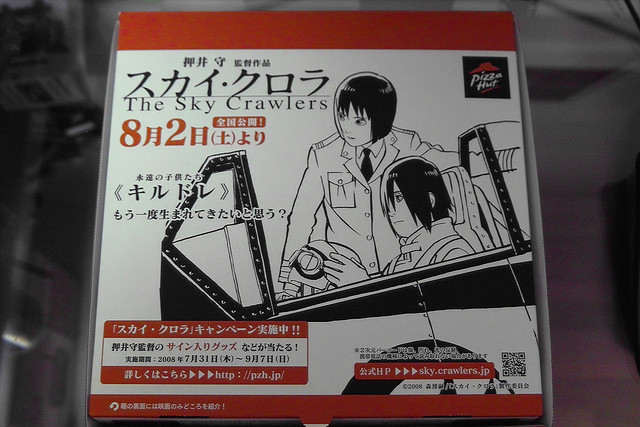 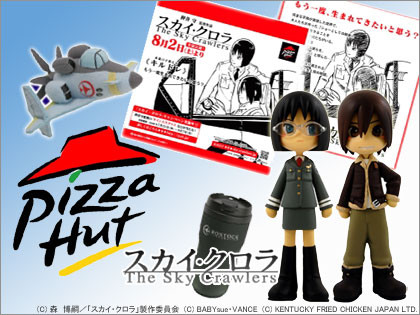 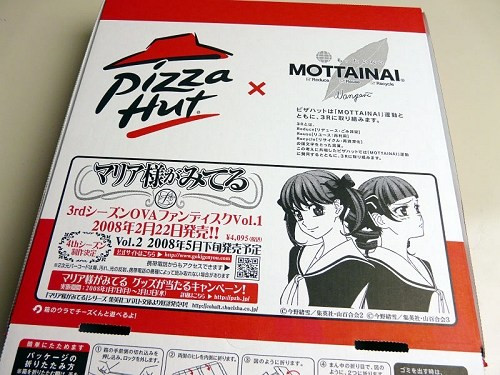 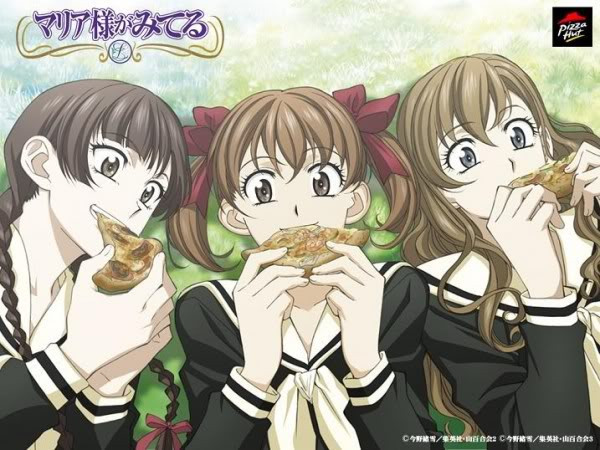 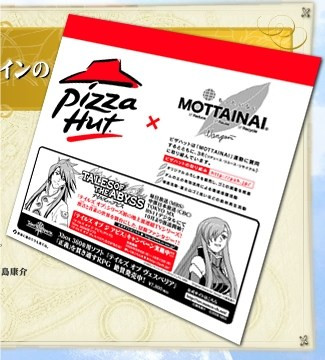 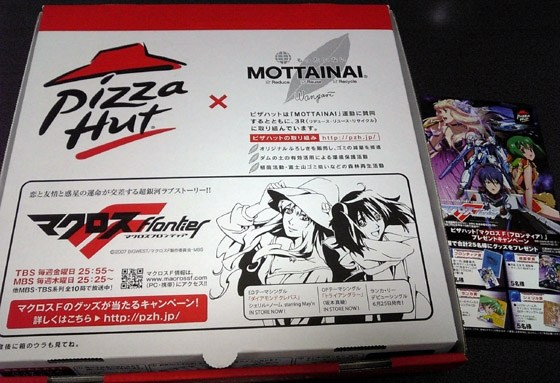 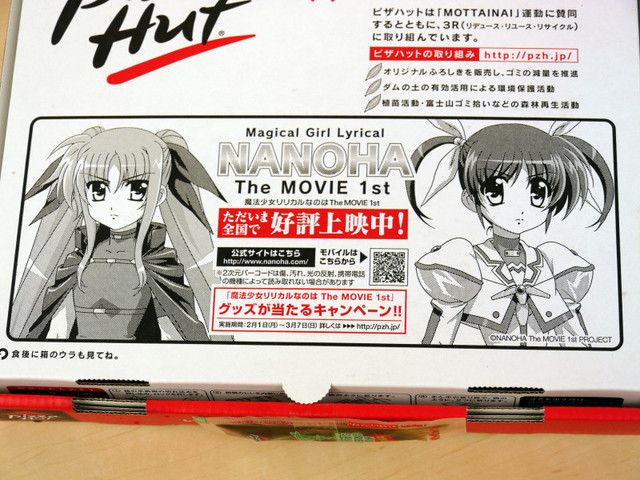 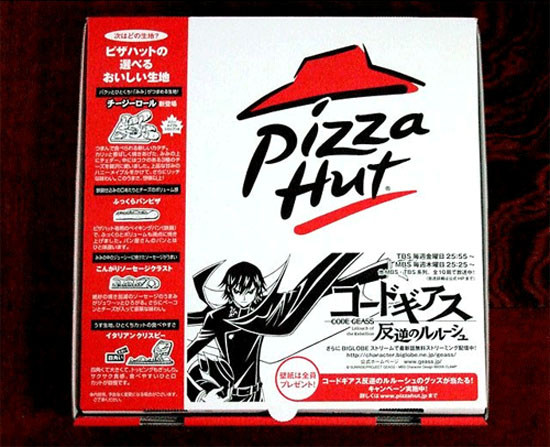 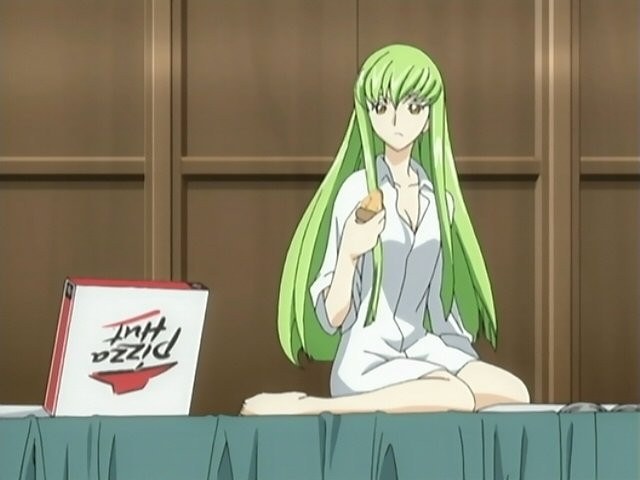 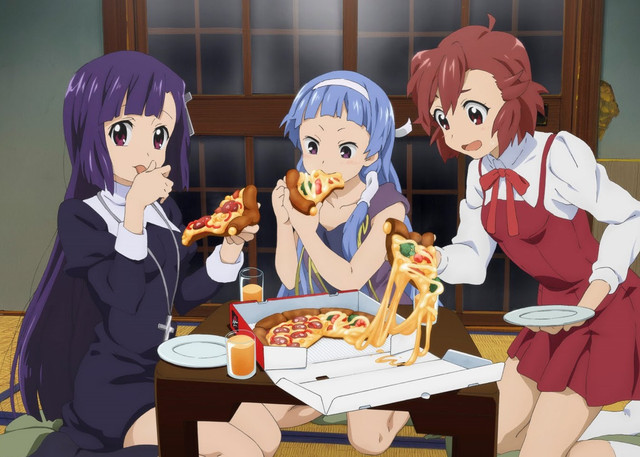 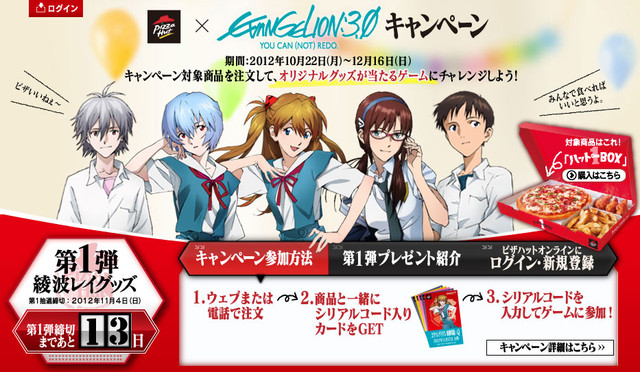 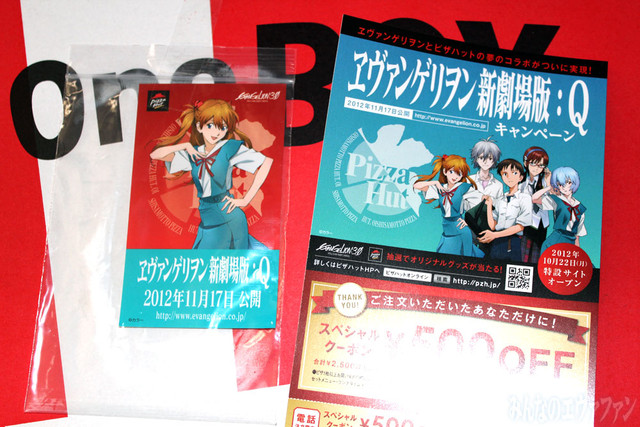 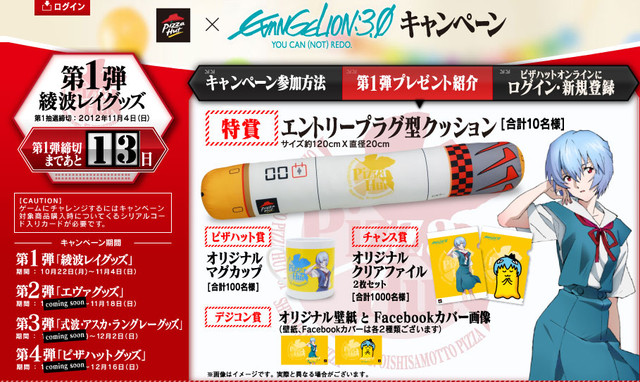 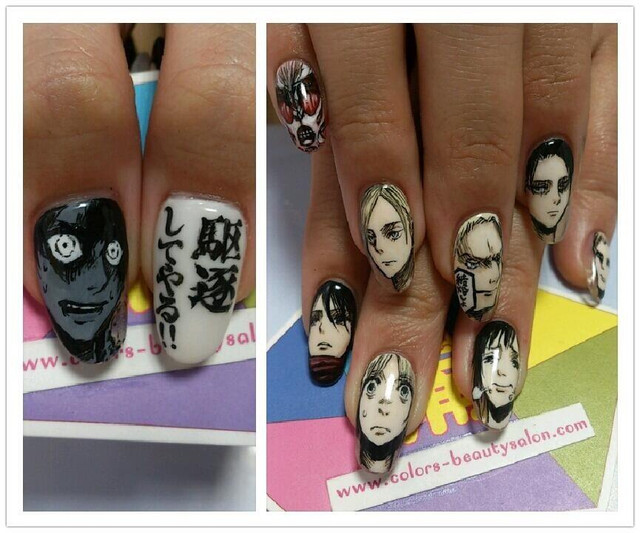